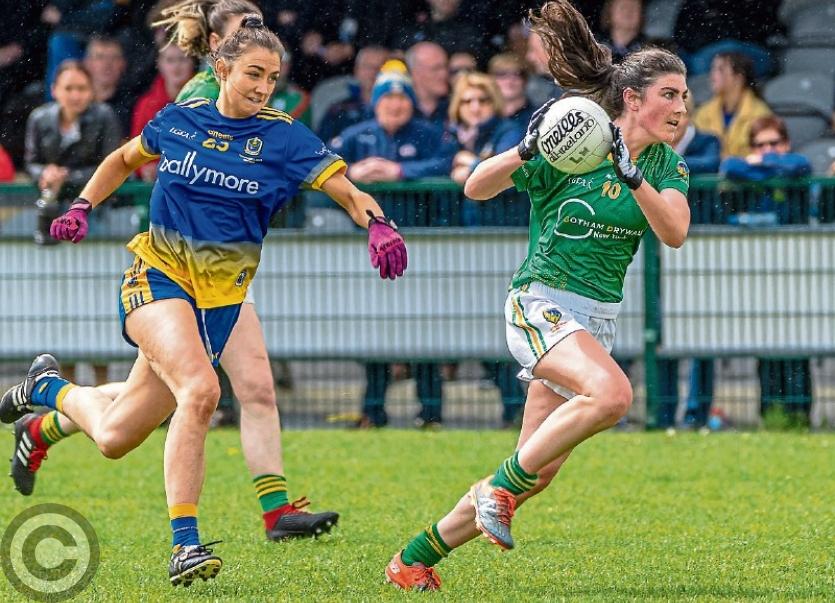 Sometimes you wish you could escape it but for the second time this year, Leitrim fans make the journey to Dr Hyde Park to take on a highly fancied Roscommon side in championship action.

Next Saturday, it is the turn of the County Ladies team to travel to the Hyde to take on newly crowned Connacht Intermediate champions Roscommon in the first game of the TG4 All-Ireland Intermediate Championship series (3 pm throw-in).

The clash is the curtain raiser to Roscommon's Super 8 clash with Tyrone so the crowds will be out in force for a repeat meeting of last May's clash in Carrick, a game the Rossies won 6-13 to 2-10.

Both teams will be referencing that game this week, indeed Roscommon manager Michael Finneran told local media “We made a great start that day. I think we had three goals inside the opening two minutes so that set us up really. What we did learn is that Leitrim have some really tricky forwards that will take watching.”

Finneran is exactly right - that game opened in a blizzard of goals with five scores inside the first 12 minutes. The Rossies hit three inside two minutes and should have had a penalty and a few other goals but Leitrim showed their threat with goals from Laura O'Dowd and Michelle Heslin.

The Roscommon manager mentioned Heslin & O'Dowd in dispatches this week but there may be a doubt about the St Joseph's players who took a heavy knock in the Ladies Division 1 Final against Kiltubrid last Sunday.

Heslin had been the main scoring threat for the Aughavas and Carrigallen combo but after it, she was badly restricted and although she moved out the field, her influence on the game was greatly diminished.

Manager Danny Clarke will be praying that Heslin is even half fit so important is she to the Leitrim cause while the presence of Bronagh O'Rourke, who missed St Joseph's loss last Sunday, is also a must.

When it comes to the ladies team, it is hard to avoid talk of those not on the field this year. Normally, I'd avoid such speculation as, short of injury to an established player who has been on the team, any manager can only work with the players they have.

No more than the Senior men's team, talk of absent players and what might have been serves nobody but after witnessing last Sunday's Ladies League Finals, you can't help but wonder what damage the likes of Aine Tighe and Dearbhaile Beirne might do to a Roscommon defence that conceded 2-10 in the earlier meeting between the teams.

Fitness wouldn't be an issue for both and their presence would certainly transform the hopes of this team making the quarter-finals from a faint hope to an almost certainty.

Roscommon will start as favourites, they may be losing Tess Murtagh from Shannon Gaels to the travelling bug, but the return of Boyle's Roisin Wynne offsets that.

There is a case to be made that Leitrim's hopes rest on their meeting with Offaly, if Roscommon manage to beat both of them. The task then for Leitrim is to produce a performance that tests the Rossies and gives them some hope for the rest of the campaign.

Roscommon will have to guard against complacency but a young Leitrim team can lay down a marker, not only for this year but for the future. A full strength Leitrim team would cruise through here but if Leitrim can show improvement, it will be enough for now.