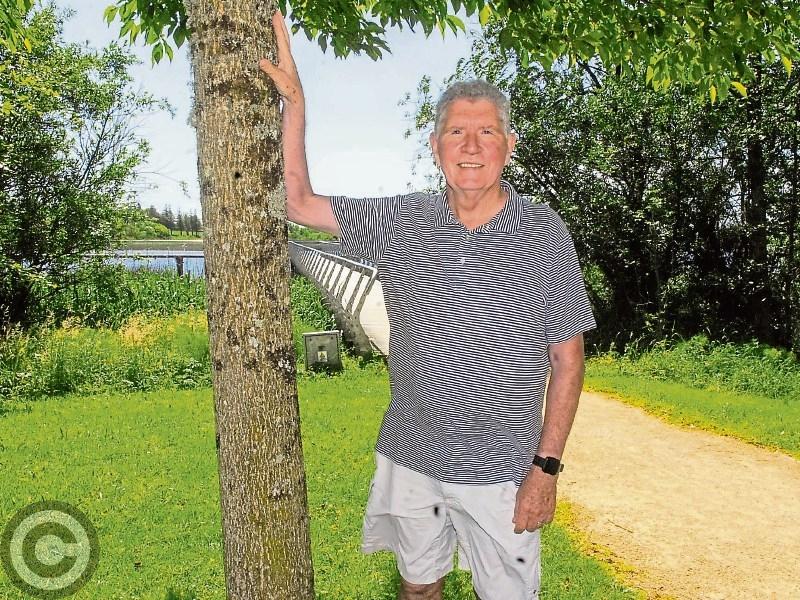 Nothing beats hard work. That's the message I took from an intriguing and entertaining chat with the legendary Eddie Leddy.

A message so simple and so blindingly obvious that we often overlook it, forgetting a basic truth in the search for the secret, the silver bullet that will lift us all to success on the sporting field.

You can get a fascinating insight into what it took to become a two-time Olympian on pages 84 & 85 but the message the Ballinamore Athletic Club runner preached is nothing beats hard work, that nothing is achieved without it.

Just consider his words when describing what would have been a weekly ritual for the guts of ten years or more: “We ran always 120 to 140 miles a week. When I was in Ireland, we did a lot of anaerobic but when I went to America, it was more distance stuff. When I was in college, we probably ran 100 miles a week.

“The big difference after college was we ran 120 miles a week but we averaged 4.30 a mile during our quality sessions. That was the difference.

“We never ran a mile slower than 4.45 but there were six or seven guys so if you went out for a run, everybody had a job and we would take easy days. Our easy runs were probably five minutes a mile, that would be an easy run. There is a great measure of intensity about it.”

Now some of those figures might as well be double dutch to most of us but, if any of you have ever taken part in a Park Run or done the local charity 5K road race, we'll translate that - Eddie Leddy's slow easy pace works out as a 15 mins 30 seconds or so for 5K so now you begin to understand why Leddy achieved so much as he did.

Now before you think, ah not again, Connolly is off ranting about the good old days, far from it. I know first hand how hard the sportspeople of Leitrim are working, on the football fields, in the boxing ring, on the running tracks and roads, in every sphere of sporting existence, Leitrim athletes are excelling.

Its a dangerous claim to make but has Leitrim ever produced a range of sporting heroes as we are right now?

Hurling is going through a golden age in Leitrim right now with Leitrim's Lory Meagher Cup and the Corn Tom Hogan successes and Carrick's Connacht Junior title being added to last weekend by the young hurlers of Cluainin Iomaint just last weekend in winning their Tain Og Division Final.

On the face of it, our gaelic footballers are languishing but nobody can tell me the work isn't being put in. Just look at the signs of the Féile and Esquires U12 Cross-Border leagues - it might have been late starting but efforts are being made to improve football in the county on the ground in the clubs, the only place it can truly start.

Dearbhla Rooney's exploits last year in boxing is the stuff of dreams, a tough demanding and scary sport but just observe the dedication in Sean McDermott BC in Manorhamilton and Drumsna and Ballinamore.

Eddie Leddy was one of Leitrim's leading lights and the current generation continues to fly the flag - Alannah McGuinness' selection for the European U20 Championships and Sarah Brady's gold medal winning steeplechase last weekend emphasising what a tradition the county has and that's not even talking about our trio of Senior internationals in Breege Connolly, Gerard O'Donnell and Eanna Madden.

Aine Tighe could have been an athletics star (she did win All-Ireland medals) but she is a Gaelic football star and is soon going to be an Aussie Rules one while the exploits of Muireann Devaney, Ailbhe Clancy and Dearbhaile Beirne in both gaelic football and soccer emphasise just how lucky we are in Leitrim to have these sporting stars.

But here's the rub - all of these current sporting heroes I've mentioned and going back through greats like Francis Cryan, Colin Griffin, Mickey Martin, Seamus Quinn, Laura Reynolds, Mickey Quinn, Declan Darcy and even right back to Pakie McGarty and Cathal Flynn, none of them, I repeat none of them, would have reached the heights they did without the willingness to sacrifice and work hard.

Or as Eddie Leddy would say: “It really comes down to working hard and not being afraid to work hard.”