Alannah off to Euro champs as trio claim national medals 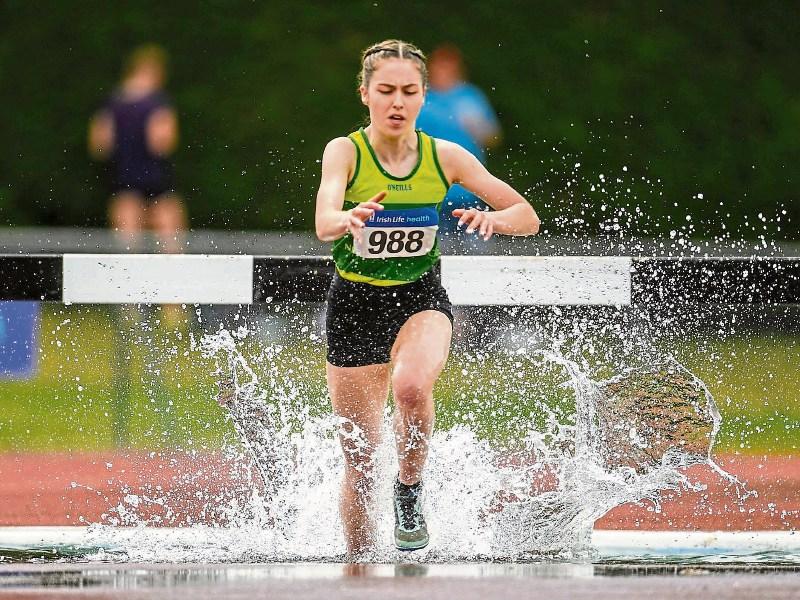 Alannah McGuinness' stellar year went to new heights last weekend after the Carrick AC sprinter has been selected for the European U20 Track & Field Championships in Sweden later this month.

Alannah, who finished third in the Athletics Ireland U20 women's 100m final on Saturday, is named on the 4 x 100m relay squad that is part of a 41 strong travelling party that will take part in the European U20 Championship in Boras, Sweden from July 18-21.

Alannah cemented her place on the team with an excellent third place at the Athletics Ireland U23/U20 Championships in Tullamore on Saturday. Running in the heats, the young Mohill sprinter got off to a blistering start before easing up, qualifying in second place in a time of 12.43.

In the final, Alannah's typical rocket start saw her get out well and she began to draw away from the field with eventual winner Rhasidat Adeleke and second placed Patience Jumbo-Gula, stopping the clock with 12.33 seconds and well clear of the chasing pack.

Carrick AC’s Callum Whelan won his first ever All-Ireland medal when he produced his best throw with his final effort to grab the bronze medal in the U23 Javelin in Tullamore on Saturday.

Callum had trailed the bronze medal by up to four metres but in the final round, it all came together for the Carrick thrower as he unleashed a personal best of 47.36m to go into third and there he stayed for a first ever national medal.

Sarah Brady claimed a gold medal in Tullamore on Sunday when the North Leitrim athlete dominated the U17 Girls steeplechase. Running the demanding 2,000m event featuring four water jumps, Sarah was in a class of her own as she took the lead from the start and never looked back.

Clocking a time of 7.52.23, Sarah came home just over 13 seconds clear of the second placed athlete and another 21 seconds ahead of the third placed athlete in a great display of confident front running.

North Leitrim AC’s Aaron Bradshaw finished his juvenile career in style with a bronze medal in the U19 Triple Jump. Up against Listowel pair Cameron Leighton and Michael Tony, Aaron was first to jump and produce a series of jumps between 11.41 & 11.83 metres.

Aaron was in the silver medal position until the fourth round but showed his competitive instincts by responding with a 12.13m jump to go into second place. Unfortunately, Leighton saved his best for the very last jump as he jumped 12.40m to take the gold. Aaron adds the bronze to the silver he won in the Indoor finals earlier this year.

Ella McDaid showed good form to reach the U17 100m Hurdles final where she finished sixth in a time of 16.42 seconds, just 0.7 of a second away from the medals. Darragh Mitchell was in action in the U17 Boys 100m Hurdles, clocking 17.13 for eighth place in the straight final.