Wednesday clash of Drumkeerin and Carrigallen could decide final four 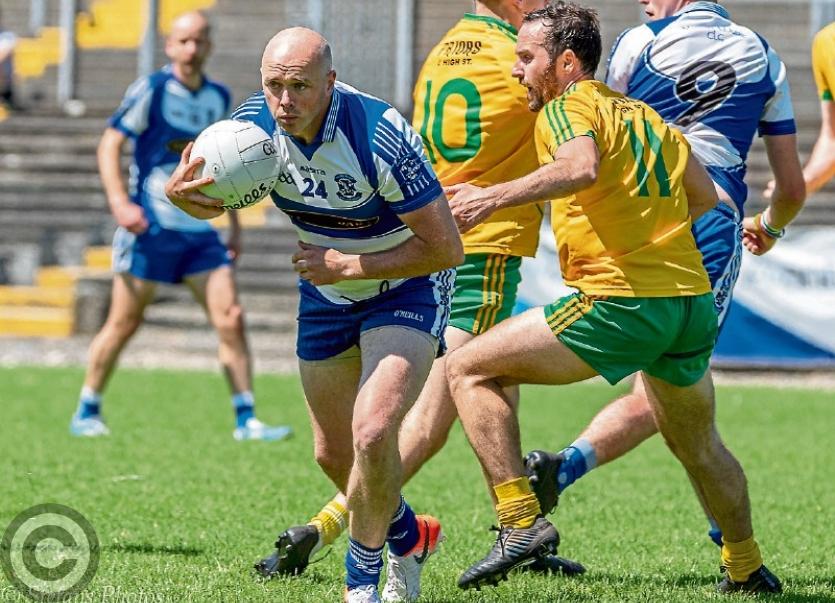 After months of matches, it all comes down to the clash of Carrigallen and Drumkeerin this evening to decide who will play Division 2 football in 2020.

The maths are simple - Ballinaglera are already safe in Division 2 after their 10-15 to 0-8 hammering of Glencar/ Manorhamilton last Sunday and they will be joined by three out of four - Drumreilly, Dromahair, Drumkeerin and Carrigallen.

As it stands, Carrigallen must defeat Drumkeerin in tonight's game, fixed for Carrigallen at 8.30. A victory will see Carrigallen, who defeated Kiltubrid 1-17 to 3-7 and get a walkover against Drumreilly, join Drumkeerin on 14 points and move into the top four by virtue of the head to head result.

It would also mean that both Drumkeerin and Carrigallen lie just a point behind Drumreilly and St Patrick's Dromahair with the final round to be played.

That final round would see some interesting games with Dromahair facing Ballinaglera, Drumreilly taking on Glencar/Manor's second string, Carrigallen against Mohill's second string and Drumkeerin travelling to Eslin.

Of course, a win for Drumkeerin tonight would mean Carrigallen cannot catch any of the teams ahead of them and Ballinaglera, Drumkeerin, Drumreilly and Dromahair would join Gortletteragh, Allen Gaels, Fenagh St Caillin's and either Annaduff or Aughnasheelin Division 2 next year.

Drumreilly almost booked their place in the Division 2 but were held to a high scoring draw by Bornacoola on a 1-22 to 5-10 scoreline. That result came just days after they conceded their Wednesday clash with Carrigallen with injuries meaning they were unable to field.

Drumkeerin obviously like the figure 3-9 at they hit that total in victories against both Kiltubrid and Aughavas.

Dromahair gave their hopes a major boost with a narrow 2-14 to 3-10 over Eslin, Eslin beating Bornacoola earlier in the week. High scores were the order of the day as Ballinaglera hit 10-15 and Cloone 5-15 in their victories. 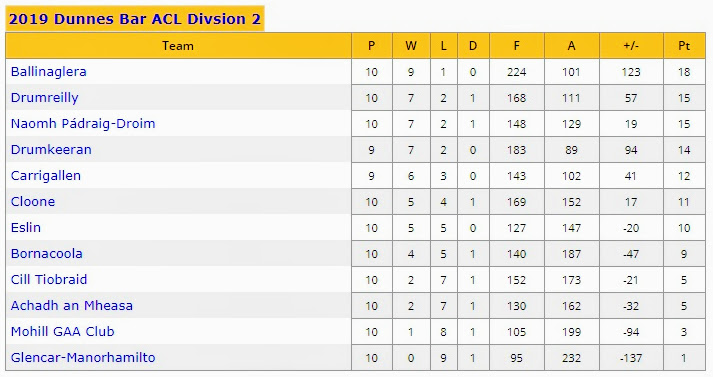