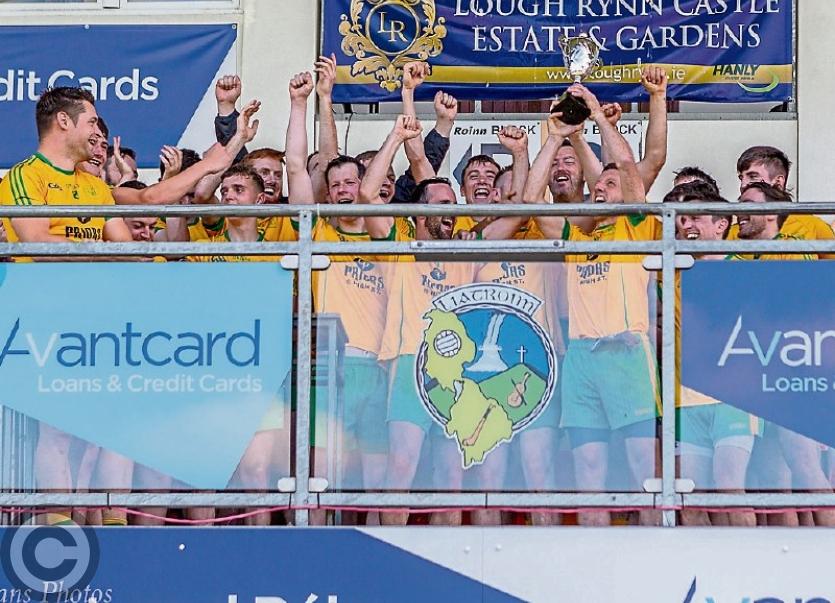 Gortletteragh, Allen Gaels and Fenagh St Caillin's will play their league football in Division 2 in 2020 after a series of unexpected and intriguing results in the 2019 Dunnes Bar Division 1 campaign.

With three of the four relegation spots decided, the big drama was at the top of the table where both Mohill and Ballinamore Sean O'Heslin's suffered their first losses of the campaign to bring St Mary's and Melvin Gaels back into contention for a place in the final.

The bigger drama came at the bottom of the table - Fenagh St Caillin's suffered two crucial losses by the tightest of margins, losing to St Mary's 3-9 to 1-16 and then 2-9 to 0-14 against Annaduff. There are also reports that County player Jack Gilheaney suffered a serious injury so it really has been a bad week for last year's Intermediate champions.

Gortletteragh scored their first win of the campaign with a high scoring 3-15 to 0-18 victory over Allen Gaels, a result that condemns the Drumshanbo men to Division 2 next year. The Gaels also lost to neighbours Leitrim Gaels 2-15 to 0-12 on Wednesday.

Unfortunately for Gortletteragh, their 0-14 to 1-7 loss to Annaduff means they are relegated even with two rounds left. The maximum Gortletteragh can reach is six points while both Fenagh and Allen Gaels can reach seven.

It leaves the battle to avoid the drop as a straight battle between Annaduff on eight points and Aughnasheelin on six and Annaduff hold a significant advantage with victory in the head to head game, the very first game of the year!

That means Annaduff need just one more win from their final two games but that is easier than it sounds as they face Aughawillan and Melvin Gaels in their remaining games.

Aughnasheelin also face Melvin Gaels and neighbours Fenagh St Caillin's in their final two games so there is still a slim hope but they need to gather more points than Annaduff in the games and a lot will depend on what attention teams will give to the final two rounds with the club championship almost upon us.

There is a mathematical chance that Aughawillan and Leitrim Gaels could be drawn into the relegation battle were they to lose both their remaining two games.

Mohill saw their unbeaten record vanish as they drew with Aughawillan on Wednesday and then lost to Glencar/Manorhamilton, the north Leitrim men also beating Aughnasheelin midweek.

Ballinamore also lost their first game as St Mary's came from behind to defeat them 0-12 to 0-11. They still stay top thanks to scoring difference.

Melvin Gaels had a tough week, losing to Aughawillan and Ballinamore while Leitrim Gaels picked up two valuable wins.

It all means there are two rounds left to play with more to play for at the top of the table than the bottom, quite a turnaround!