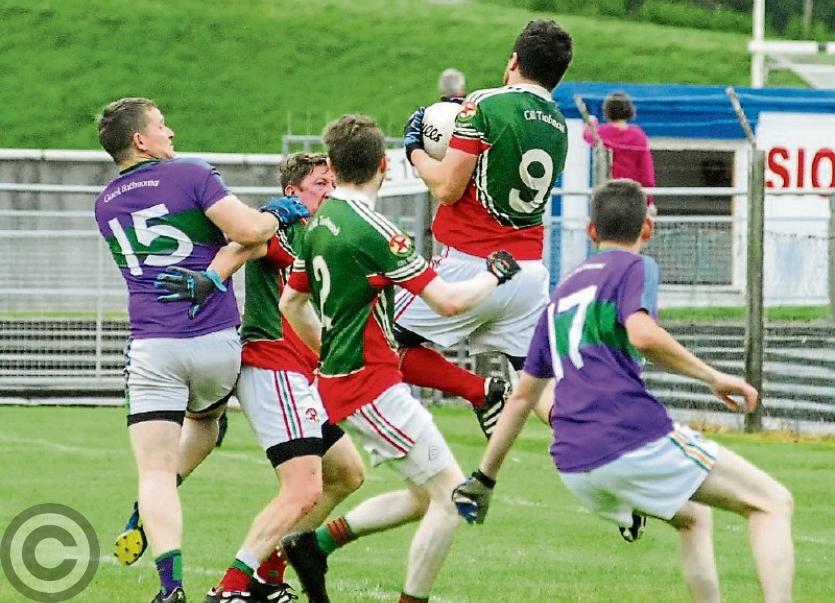 A dramatic and hard fought Dunnes Bar Division 2 campaign eventually ended with a whimper as the curse of walkovers and concessions struck at the final round of games hard.

Saturday's games left St Patrick's Dromahair waiting to see if their neighbours Glencar/Manorhamilton could do them a favour and deny Drumreilly the victory they needed to reach the League final.

Unfortunately for the north Leitrim men, Glencar/ Manorhamilton's second string team conceded the game on Sunday morning meaning that Drumreilly and Dromahair were left level on 17 points but due to the fact that Drumreilly had won the head to head game between the teams, they join Ballinaglera in the Division 2 decider.

It was tough on Dromahair who had done their part on Saturday by defeating league leaders Ballinaglera 2-14 to 2-7 in a hard fought encounter but once Manor gave up the game, their fate was sealed.

The decision also meant that Drumkeerin were consigned to Division 3 football next year. They needed a draw or a Drumreilly loss to force a playoff but they will now play Division 3 football in 2020 with Eslin, Cloone, Bornacoola, Aughavas, Kiltubrid and Glenfarne/ Kiltyclogher.

Carrigallen, who defeated Drumkeerin in a winner takes all game last Wednesday 1-8 to 0-9, received a walkover from Mohill's second string side while Eslin gave up the game against Drumkeerin.

Six games in total were conceded as walkovers but the first walkover did not come until June 15, when Mohill conceded to Dromahair. Mohill, judged as one of the strongest clubs in the county, would concede one more game while Drumreilly conceded one game to Carrigallen and Glencar/Manorhamilton conceded two.

Hopefully, concessions will be a thing of the past next year with only first string teams eligible for Divisions 1, 2 & 3 in the new structures.