Race for Final place down to three teams 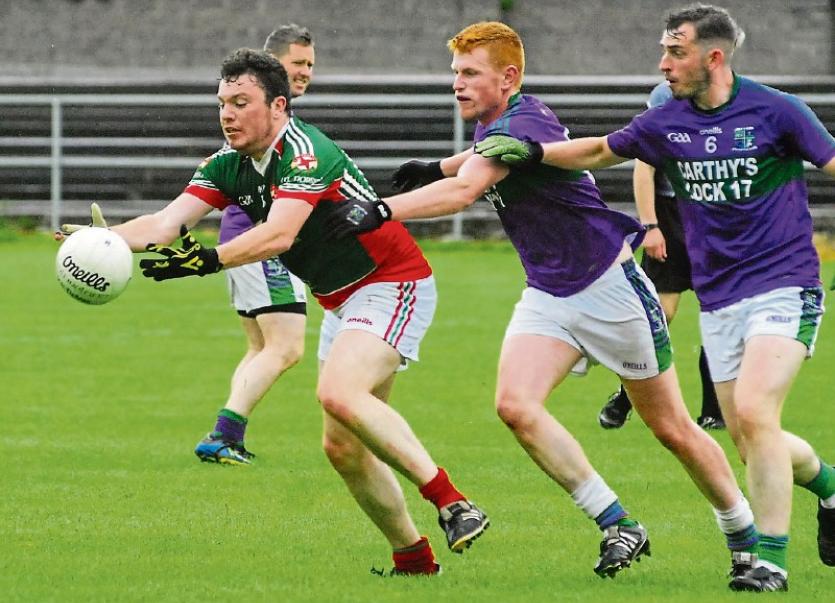 After a weekend when the race for the Dunnes Bar Division 1 Final was reduced to just three teams, Aughnasheelin learned that they will be playing their League football in Division 2 next year after a five point loss to neighbours Fenagh St Caillin’s.

The end of a tough campaign came for Aughnasheelin as they needed a victory to have any hopes of overhauling Annaduff but their 3-13 to 2-11 loss to Fenagh St Caillin’s means that the best they can do is reach eight points, a tally already attained by Annaduff.

Even if Annaduff were to lose their remaining games to Melvin Gaels and Aughawillan and Aughnasheelin were to beat Melvin Gaels in their last game, Annaduff won the meeting between the two teams so they would survive in Division 1 for 2020.

Ironically Ballinamore and Mohill meet each other in the final round of League games and this is where it gets very interesting as a loss for Mohill would actually see them qualify for the League Final!

St Mary’s Kiltoghert are chasing both Ballinamore and Mohill, having scored an impressive 2-10 to 0-14 win over Aughawillan despite being without Ray Mulvey and James Glancy and they lie just two points behind the two leaders.

Glencar/Manorhamilton finished off their campaign with a big 2-16 to 1-11 over Leitrim Gaels while the meeting of Melvin Gaels and Annaduff was refixed for mid-August.

All those results mean that Ballinamore, Mohill, St Mary’s, Glencar/ Manorhamilton, Melvin Gaels, Aughawillan, Leitrim Gaels and Annaduff will be playing Division 1 football next year while Fenagh St Caillin’s, Aughnasheelin, Allen Gaels and Gortletteragh will be in Division 2 with Ballinaglera, Drumreilly, St Patrick’s Dromahair and Carrigallen.