Champs in the driving seat but old foes lie waiting

In a Championship with so much at stake, I won't make the same mistake this year writes John Connolly 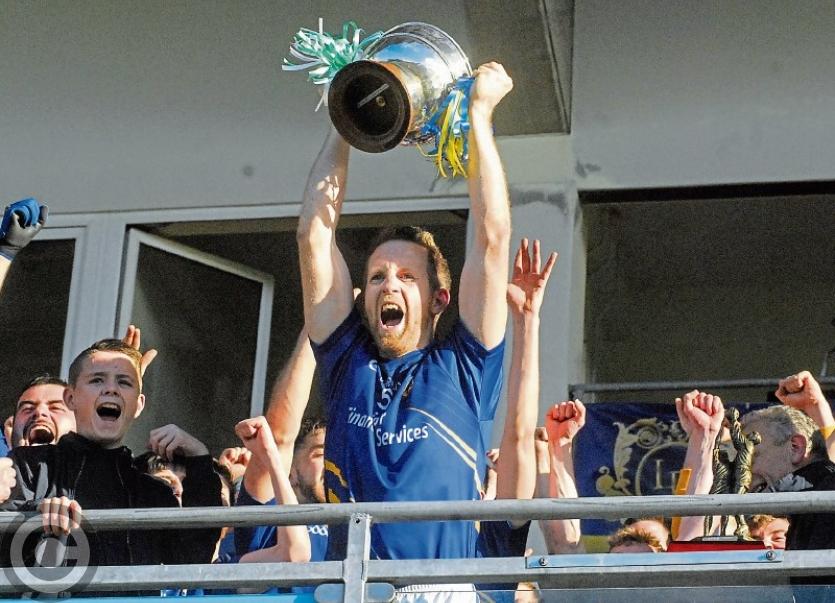 Sean Quinn lifts the Fenagh Cup for Aughawillan last year? Who will be handed the Cup by the Leitrim County Board chairman Terence Boyle on October 12 next? Picture: Willie Donnellan

With so much at stake in this year's Connacht Gold Leitrim Senior Football Championship, I've taken the decision right off the bat to never doubt them again and plump for Aughawillan as favourites to retain the Fenagh Cup in 2019!

Now that's a bold step, particularly without a ball so much as kicked in anger in this year's championship but after defying the odds so magnificently last year, I'm going to play it safe and put the reigning Leitrim Senior Champions down as the first team to retain the title since Glencar/Manorhamilton did so back in 2011.

Its a risk, I'll admit - the ominous shadows of Mohill and Ballinamore Sean O'Heslin's stand top of the League table and look in fine fettle as we head into championship season but until a team comes along and displays the same grit, self-belief and never-say-die attitude to prise the Fenagh Cup from Aughawillan's grasp, it's hard to look beyond the champions.

First of all, they've retained the services of Tommy McCormack, no small feat as he was determined to walk but with the Killoe man at the helm, they are formidable. Second, their key players are only hitting their best years and while some have a few years on the clock, the engine room is at full power.

And finally, when it comes down to a close match, nearly every Leitrim club tightens up against the champions while Aughawillan rise to the challenge with the hunger of a starving man.

Yet at the risk of being called a two-faced git, I can see why Ballinamore and Mohill can dethrone the champions!

Both have the sort of playing numbers Aughawillan and most clubs can only dream of and like Aughawillan, they both have a young core that is a year older and wiser. Question is can they match the champions for self-belief and inner resolve?

O'Heslin's have Dominic Corrigan at the helm and he is a serious operator - we could be returning to the good old eighties when Ballinamore and Aughawillan dominated.

Mohill, under former Longford star Liam Keenan, got a massive boost with the return of Ronan Gallagher but they will need their underage legions to start making an impact at Senior level if they are to succeed. That's not beyond the bounds of possibilities!

Outside bets? How about Glencar/Manorhamilton and St Mary's Kiltoghert as dark horses! Again, strange to put last year's semi-finalists down as dark horses but that's what they are and nobody will be underestimating them.

St Mary's have had an injection of new blood this year and it's made a difference but they will still rely on their veteran core. Glencar/Manor too need new faces to drive on a team that has been a giant in Leitrim club football for over a decade.

Melvin Gaels too might be a bolter - under Gareth Phelan, they will be hard and hard to beat and if they can bring through their young guns and keep some of the heroes of 2012 on board, don't count them out.

As much as I don't like to do it, it is hard to look beyond those six with the remaining six battling it out to avoid the drastic cull that will take place in the championship this year. Three teams, not one, will drop down to intermediate so every game in the group stages assumed enormous importance.

We take a brief look at this weekend's games:

Aughawillan v Aughnasheelin in Cloone on Friday at 8.30

Aughnasheelin don't lie down for anyone but they've been battling small numbers and injuries all year and the number of games in July may take it's toll. Aughawillan have been up and down at times but come the championship, expect them to be at their lethal best, the champions to win.

Years ago, this would have been a barn-burner that would draw the crowds. Allen Gaels are struggling at the moment but St Mary's are trying to manage the introduction of some exciting young talent into their ranks. Their league form has been impressive with wins over Ballinamore and Aughawillan in recent weeks so the form book at the moment would suggest that the Carrick men will win this one, but expect them to have to work very hard for it, Allen Gaels don't lie down too easy for anyone - especially their neighbours from Carrick-on-Shannon.

Gortletteragh v Drumreilly in Cloone on Saturday at 7.00

These two will be facing each other next year in Division 2 but you still get the feeling that Gortletteragh, even after relegation, might be going into this game in a better frame of mind. Drumreilly fought with all their might for division 2 status and suffered a few costly injuries in recent weeks. They are overflowing with resources so you'd expect Gortletteragh, who have been unlucky in quite a lot of their Division One games, have the likes of Jack Heslin to provide the cutting edge and they should take the verdict here.

Hard to tell any team to hold something back for a championship game but Division 2 Dromahair might be best served by keeping their focus on other games in the group. The games against Allen Gaels and Aughnasheelin will be key for the north Leitrim men if they are to survive in the Senior Championship but Ballinamore are exceptionally strong with huge strength in depth and are rightly one of the favourites for the title. Should Dromahair concentrate on other games or try to shock the favourites? Hard to know but you have to go for O'Heslin's win here.

This is one of the potential banana skins in the first round. Fenagh St Caillin's may have been relegated but they possess in Ryan and Riordan O'Rourke, Donal Wrynn and Oisin McLoughlin some exceptional talents and are regarded as an up-and-coming team. Glencar/Manor have been there, done that and bought the t-shirt. They are determined to regain previous glories and if they are focused, they should be too strong for last year's Intermediate champions. The Club's 50th anniversary celebrations will provide extra-motivation for Manor but they will get an awfully tough test here - Fenagh to test them but Manor to take the win.

Doesn't take a genius to work out this is the tie of the round! Questions abound: What has Gareth Phelan brought to a young and exciting Kinlough side and have Mohill recovered from the trauma of their County Final loss? League form is well and good but when it comes to championship, the pressure tells. Both these teams have lots of young talented players coming through and Kinlough look like a coming team. They'll test Mohill but the former champions probably have too much firepower right now for the Gaels. Expect a tough battle and a win for Mohill.