Annaduff and Leitrim Gaels well ahead of chasing pack 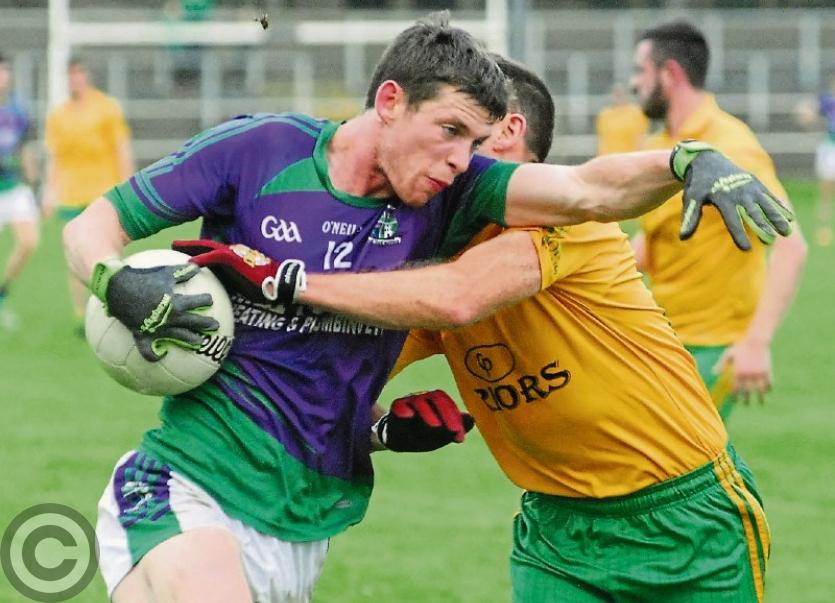 They're the only two Division One teams in the Smith Monumentals Intermediate Championship but Annaduff and Leitrim Gaels know there are big hurdles to overcome if they are to taste glory in October.

The beaten finalists of the last two years have both retained their Division 1 status for 2020 and so will head into the championship full of confidence that this could be their year.

There are a few clouds in the sky however - both are drawn in the same Group 1 while Leitrim Gaels may be without two of the formidable Moreton brothers and in a group that contains Cloone, Drumkeerin and Carrigallen.

Drumkeerin will quietly fancy their chances while Ballinaglera have impressed at the top of Division 2 throughout the year and any team that has Conor Beirne in their ranks can't be counted out. It is far from an open and shut case but there are some huge prizes on offer this year.

With three teams dropping down next year from the Senior championship, the chances of winning an Intermediate title will get much, much harder while the cut at the bottom is much tougher with the bottom two teams in both groups automatically being relegated.

With only one second string team in the competition, it means that three first teams will be relegated to the Junior ranks in 2020 so there is a huge amount of play for, starting next weekend. We take a brief look at the games: (All Saturday games 5.30 pm)

On the face of it, you have to go for Ballinaglera here, top of the table against an Aughavas who have recorded just three wins all year. Both clubs would have similar resources but Ballinaglera are really delivering on their potential and they won't be far off here. They should prove too strong for Aughavas in this one.

Kiltubrid have been up and down in the league and it is hard to know what version will show up on Saturday. Can they stop the whirlwind that is Conor Beirne - if they do, they have a great chance of winning but they already suffered in the league, losing 4-6 to 2-13. This will be tight, very tight but I'm going with Eslin.

This is the stand out game of round 1, two potential champions. Drumkeerin stumbled in recent weeks in their promotion push but in the championship, they are formidable. They will need a fully fit Cathal McCauley to push them but you'd still think that the experience of playing Division 1 football should be enough to see Annaduff through.

Last year's Junior winners Glenfarne/ Kiltyclogher up against mid table Bornacoola. It will be a massive step up for the north Leitrim men and if he is fit, Damian Moran should carry the Bors to victory.

Leitrim Gaels may be without a couple of first choice players but they should be too strong for Ballinamore's second string. A word of caution, however, as Ballinamore will have players trying to impress Senior management. It will make the game trickier than it should be but the Gaels should blow through this one.

This is another fascinating battle - Carrigallen came with a late push to secure promotion and Gary Reynolds is back in the fold and apparently in superb form. Cloone weren't far off promotion but there was a bit of a gulf there so they know they have their hands full for this one. Carrigallen look as if they have an edge here but don't rule out a draw, Cloone have surprised a few teams over the last few years and this could end in a draw.