Reforms need to be about Leitrim & Dublin 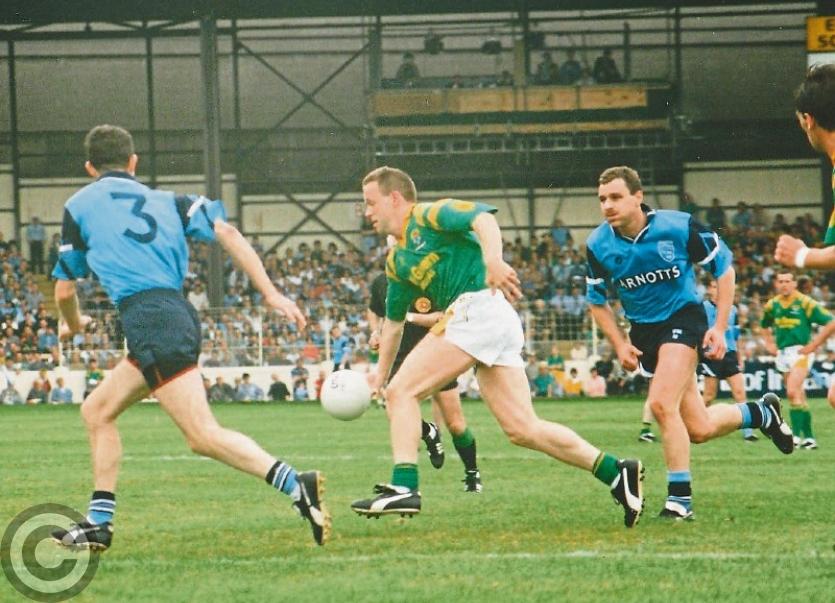 Liam Conlon in action against Dublin in the 1994 All-Ireland Semi-Final. Reform of GAA structures must be about Leitrim as much as Dublin if they are to be meaningful and lasting Pic: Willie Donnellan

Nostalgia is heavy in the air this week and in the pages of the Observer with the 25th anniversary of Leitrim winning the Nestor Cup in 1994 being marked on July 24.

It’s been a wonderful privilege to look back over that fantastic, earth-shattering year once more and an honour to relive those glory days with John O’Mahony, Seamus Quinn, Tommy Moran, Aidan Rooney, Martin McHugh, Brendan Harvey and Declan Bohan.

The memory of those days remain sharp in the mind and you wonder if Leitrim will ever scale those heights again?

It’s a topic that is very much in vogue in the GAA world at the moment but you'd hardly know it, for the debate, which should apply to Green & Gold, seems to be only about Dublin footballers!

What have the Dubs got to with Leitrim’s championship hopes?

Well quite a lot because the way the GAA world thinks, it is not the likes of Leitrim, Longford, Carlow, Waterford or Antrim that concerns them, it is the big guns that seem to worry them most.

In all the talk of Dublin’s advantages, be it playing in Croke Park or funding for Games Development Officers, it all seems to come back to the chances of their main competitors.

Now most of these competitors are the aristocrats of the game: Kerry, Donegal, Tyrone, Mayo, Cork, Galway and even Meath, Kildare and Roscommon.

There is no way those counties can be consider minnows yet the National media is preoccupied with their plight rather than the fairness of a competition that is weighed so heavily against counties like Leitrim.

Is the Munster Championship a fair competition when Kerry have won 81 titles, Cork 37 and the remaining four just 13 titles between them? Where’s the clamour make it easier for Cork to beat the Kingdom?

Connacht is no better - 48 titles for Galway, 46 for Mayo and 24 for Roscommon leaving three for Sligo and two for Leitrim! Where's the outcry for Mayo and Galway to be split in two or three to give Leitrim their fair shot at glory?

Leinster has been decimated by the Dubs in the last 20 years, something we've told had ruined the province as a competitive spectacle but take the 15 titles they’ve won since the Millennium out of it and they’re still double what Meath have won!

Ulster remains by far the most competitive province but only four counties have lifted the Anglo Celt Cup since Derry won in 1998!

The provincial championship is inherently unfair - Leitrim had to beat three Division 1 teams to lift the Nestor Cup this year, Kerry and Dublin could sleepwalk their way into the Super 8s yet nobody has raised a mummer to give Leitrim a greater chance of glory.

No, the talk is split Dublin, reduce their funding, take them away from Croke Park - do everything you can to make life easier for the other Super powers in the GAA world but don’t do anything for the minnows.

I’ll hold my hands up - I’m a passionate Dublin fan who worships Jim Gavin’s team but I don’t remember too many protests when the Dubs were getting our backsides kicked in the noughties! But as long as the Dubs were generating huge funds for the GAA as a whole, everybody was happy.

Are there inequalities? Only a blind man would argue otherwise. Two games in Croke Park is an advantage but until they insert the words “neutral venue” into the match regulations, it won't change. Counties had the opportunity to do so earlier this year and opted for the status quo - go figure!

This battle is primarily a media plaything and Leitrim are regularly rolled out as a prop in the national media when they are debating Dublin's advantages. Strange how we never get mentioned when Mayo or Galway's population advantage comes up?

I want a fair system for all, for Dublin, for Leitrim - yes even for Kerry! The GAA has been built on inequalities since time began but until Leitrim and the other minnows are given the same consideration that Mayo or Galway or Kerry get, the system will never be truly fair.

PS - Took in the Leinster U20 Final last Friday in Tullamore, Laois had a talented team but were blown away by the Dubs who are almost a carbon copy of the senior side. Frightening thought that!