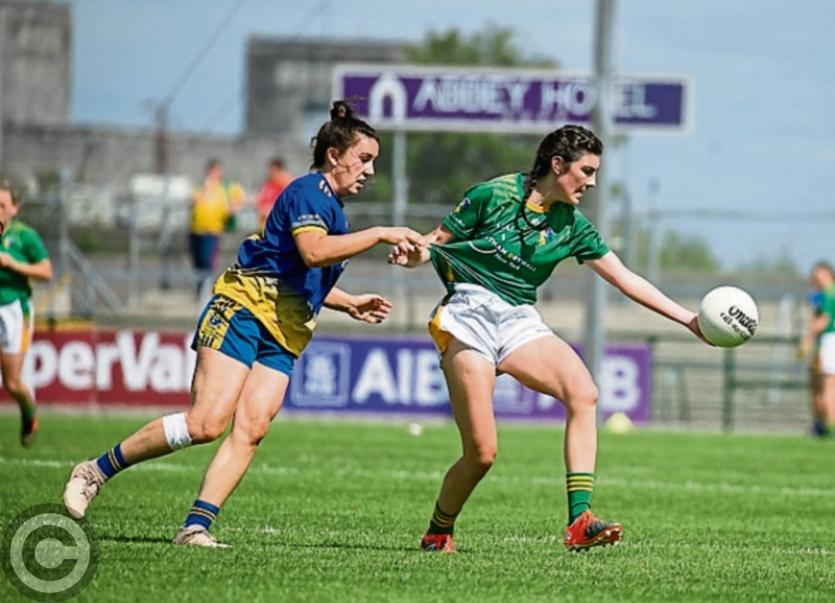 Laura O'Dowd is a key figure for this Leitrim Ladies team

At a time when the promotion of Ladies sport has never been a hotter topic, Leitrim fans will be forced to choose between supporting their County Ladies team and their men's club teams next Saturday.

The Ladies take on Offaly next Saturday, July 27, at 5pm in Leitrim Gaels community field in a winner takes all game that will see the winner play in an All-Ireland Final Quarter-Final just a week later and the loser go into the relegation series.

The timing of the game means it will be in direct clash with one senior men's and four intermediate men's club championship games while fans of the teams in the 7pm may not travel either.

The clash has practical problems too with Ladies selector James Boyle also involved in the backroom team for Ballinamore Sean O'Heslin's who take on St Patrick's Dromahair in Drumshanbo at 7pm.

Strangely, provisional Ladies club fixtures have been issued for August Bank Holiday weekend but if Leitrim beat Offaly, those games are in jeopardy too.

It is hardly the ideal build up for a game that is eminently winnable, albeit Offaly will start as slight favourites due to their Division 3 status, even if the midlanders were relegated to Division 4 at the end of the league campaign.

Offaly suffered a 16 point loss to Roscommon at the weekend, 2-17 to 1-4. They scored far less than Leitrim did in their clash with Roscommon but they also conceded less, their minus 16 points putting them ahead of Leitrim's minus 18.

However, the fact that Leitrim scored 3-7 against the provincial champions should be a great boost for Danny Clarke ahead of this crunch game. The problem so far for the manager has been his team's inability to maintain that scoring for an entire game rather than in bursts.

In the two games against Roscommon and the clash against Sligo, Leitrim have shown they have deadly forwards who can take a score and that is without the missing players that could push Leitrim over the edge.

Michelle Heslin, Vivienne Egan, Carla Le Guen are all accomplished scorers with Laura O'Dowd adding a threat from deep - if Leitrim can supply these forwards with enough quality possession, then the scores will come.

How motivated Offaly will be is a question after relegation from Division 3. There is talent there but they might be tempted to take a step back to the Junior ranks, something that might have also crossed the mind of Leitrim this year.

It is a tempting prospect but one that would have short term benefits - provided you won the Junior grade next year and as Leitrim found out in Division 4 this year, plans for promotion and a quick return to division 3 had to be quickly put on hold.

This young team have battled hard and deserve support and the best way for them to develop is to beat Offaly and retain their Intermediate status.

Home advantage should be a major help, it would be better if the timing of the game was better so more people could attend this crucial contest.