Another Irish call-up for Alannah 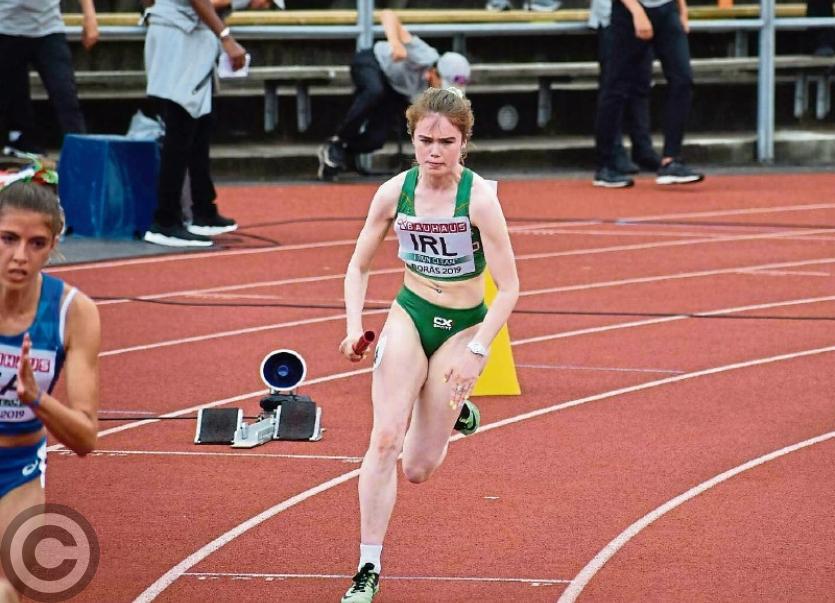 Carrick AC's Alannah McGuinness will don the Irish vest one more time this season after it was confirmed that the Mohill athlete has been selected for the Youth Nations Cup against England.

Alannah, who returned from the European U20 track & field championships in Sweden on Monday, will compete in the 100m and 4 x 100m relay in her third international appearance of the year.

Alannah ran a storming first leg for a young and inexperienced Irish team in Boras on Sunday morning and was well up with the leading teams after her leg. Unfortunately, the team did not make it through but it was a very strong performance from the young Leitrim sprinter.

Attention turns next weekend to the Irish Life Health National Senior Track & Field championships in Santry. Carrick AC's Eanna Madden & Gerard O'Donnell will both be in action over the weekend with O'Donnell seeking to defend his 110m hurdles crown against Matthew Behan of Crusaders.

Eanna is entered in both the 100m and 200m events but may make a decision to concentrate on one event nearer the date.

Also in action over the weekend will be Carrick AC's Cathal McElgunn in the Men's 400m while Ballinamore AC's double Olympian Colin Griffin returns to Santry track, not for the walk this time but rather the 10,000m race on Saturday. It should make for an interesting weekend.