Improving standards is the aim for all 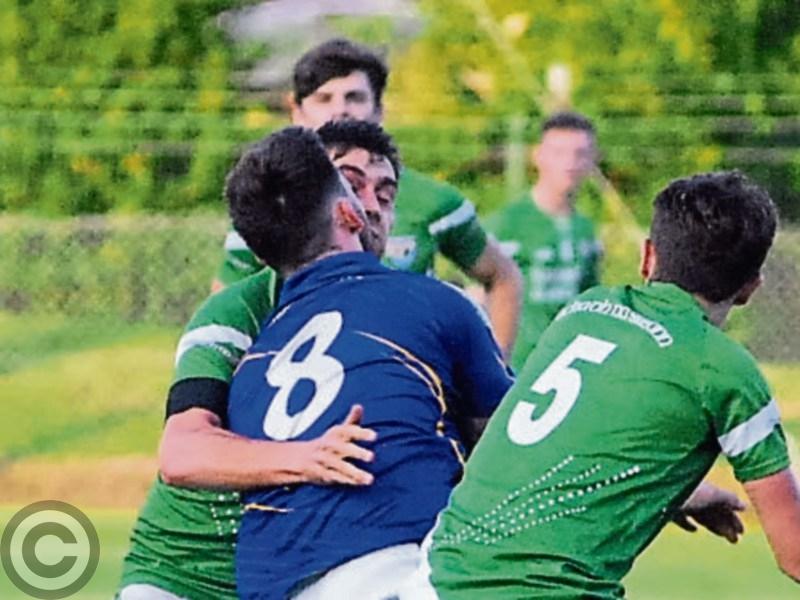 The hard work on the training pitches has been completed, opponents have been scouted and after months of preparation the club championships have commenced.

In what is something of a transitional year for the club championships within the county, clubs will have varying objectives. For some, anything other than silverware will be seen as a disappointment while for others, this year's competitions will be viewed as a year to consolidate and ensure they are in the strongest possible position when the action gets underway next year.

Only a few years old, the current format will arguably not be looked back upon as the most competitive as the margin of victory has too often reflected the uncompetitive nature of many group games. In the opening weekend of this years' senior championship there was a 10 point win for Mohill; a 12 point victory for Glencar/ Manorhamilton; an 18 point win for St Mary's and a 33 margin of victory for Sean O'Heslin's.

With each team playing five group games in the senior championship, for many their fate will be known long before the final rounds take place.

The knock-on effect of these one-sided games has meant players with teams who have realistic ambitions of being involved in the latter stages of the championships aren't always deemed to be crucial to the cause in the opening weeks. They can often afford to use these weeks to extend their holidays. If the players and management can go into games knowing a victory is secured or a heavy defeat is the best they can hope for, you quickly realise the decision to alter the format for next year was the logical and correct decision.

While the nature of the current format is that heavy defeats are to be expected, that is not to say that there hasn't been some excellent games over the past number of years and no doubt when the action heats up in the weeks to come that will prove to be the case once more.

Training can improve fitness and familiarity with team mates while league games further enhance the work that management teams have been trying to implement on the training pitches. However, nothing compares to championship and nothing to truly prepare you for the tough encounters that are to come other than hard games.

While many clubs are battling to ensure they are in the best possible position for the new-look championships in 2020, another club, in a different code are stepping up their preparations for the upcoming Sligo/Leitrim and District soccer season.

Carrick Town have been absent from the league at senior level for the past two seasons meaning Manor Rangers have single handedly flown the flag for the county. Now, after much work behind the scenes Carrick Town are set to rejoin the league for the upcoming season.

For a town the size of Carrick-on-Shannon, there should be as many sporting options available as possible. Carrick Town has been doing sterling work at underage level in recent years and played a significant role in the development of Niall Morahan who is currently involved with the Sligo Rovers first team and recently was a member of the Ireland U19 squad that reached the European Championship semi-final. Having a senior team in the town can only be a good thing for these young, developing players.

The quality of facilities has improved significantly in many parts of the country but that hasn't been fully realised in Leitrim's county town yet. With athletes representing Ireland on a regular basis, the hurling club getting stronger and more competitive on a provincial and national level there is a real need for an improvement in the town's sporting facilities.

Many clubs throughout the county have done trojan work modernising their facilities but in urban areas such as Carrick greater facilities for all sports will help increase participation levels and ultimately the quality.