A derby to savour as Aughawillan and Sean O'Heslin's clash 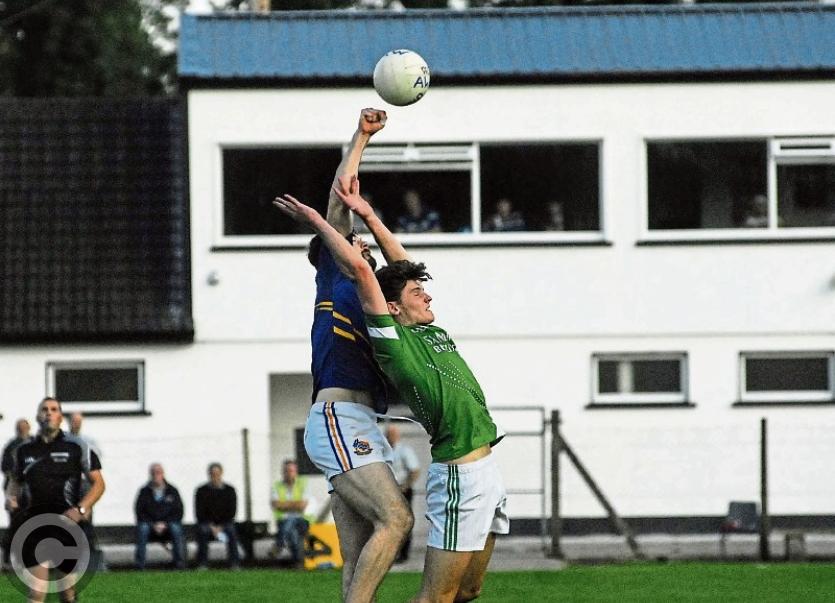 With results more or less going the way of the form card in round one, next weekend really sees the Connacht Gold Senior Championship move into high gear with the clash of champions Aughawillan and neighbours Ballinamore Sean O'Heslin's.

Saturday's clash in Avantcard Pairc Sean Mac Diarmada will be savoured by all but there are some interesting games down for decision. Here we take a brief look ahead:

Aughnasheelin really put it up to Aughawillan for the first 20 minutes but injuries are cursing them. They have a great midfield pairing but the overall strength and speed of movement of St Mary's will do them damage. Strangely, Aughnasheelin have a great record against Mary's and won't fear them but you have to go with Carrick here.

Glencar/Manor took a while to get away from Fenagh last weekend while Gortletteragh were hit hard by Drumreilly's late strike. Gortletteragh need a big result but it is hard to see it coming against the north Leitrim who are celebrating their 50th anniversary this weekend. Manor to start the weekend off with a bang.

This is actually a derby and an intriguing clash as there is a history from underage level. Both teams are missing key players but Mohill's strength in depth is such that they might be able to better cope. If Fenagh get one of Ryan and Riordan O'Rourke or Jack Gilheaney back, they are much stronger but you'd still fancy Mohill.

Drumreilly pulled off another miracle result last weekend but they will be facing a Melvin Gaels side smarting from a heavy loss and needing a win. You'd have to think that the Kinlough men will really up their intensity and desire levels to get their championship ambitions back on track.

This is a proverbial relegation six pointer. Did Dromahair take it easy against Ballinamore or were they blown away? Allen Gaels showed some sparks against St Mary's but fell away alarmingly in the second half. They need a big performance and they may just get it here.

Ah the big one! In the grand scheme of things, this game is not going to make or break a season but it will send out a message and beating your neighbours is always an incentive for these teams!

The champions were controlled and always in control against Aughnasheelin but the goal chances they gave up through the centre will be a concern, particularly with Ballinamore's firepower.

O'Heslin's learned nothing from their drubbing of Dromahair but this is a test. Ballinamore have routinely beaten Aughawillan in group stages and they will want to do so again in Pairc Sean. The question is who will learn more from the game further down the line.

Ballinamore's greater need may just sneak it this weekend but nothing would surprise me here, it could be a draw and it could even be a hammering!