MAKE OR BREAK TIME FOR LADIES

Leitrim take on Wicklow with championship survival at stake 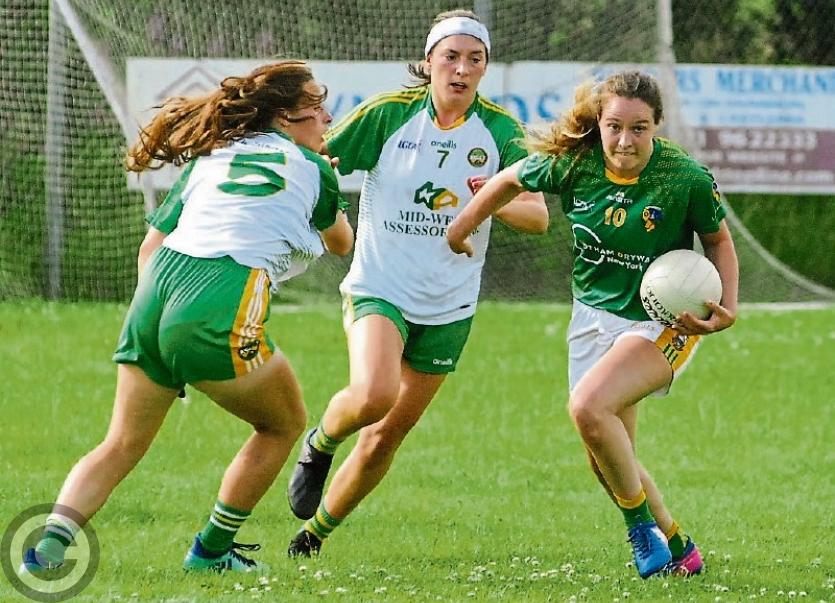 Kinnegad is the venue next Sunday, August 11, when Leitrim Ladies make their final bid to save their Intermediate championship status for 2020.

In a winner takes all clash at the Westmeath venue (2pm throw-in), the loser of the clash between Leitrim and Wicklow will join the loser of the Limerick v Laois game in the Junior ranks next year with the winners surviving at Intermediate level.

Leitrim haven't played the Wicklow women in championship in recent memory but did have a few meetings in the League over the years with the Green & Gold generally on top but this Wicklow team are playing Division 3 football and will fancy their chances.

Interestingly, the Offaly team who defeated both Wicklow and Leitrim in this year's competition pushed Sligo all the way in the All-Ireland Quarter Finals last weekend, losing to the Yeatswomen by just four points while Connacht champions Roscommon also stormed into the semi-finals with a comprehensive win over favourites Kildare.

Those results should encourage Leitrim as they seek to avoid relegation to the Junior ranks. They will, however, be without midfielder Elise Bruen who is unavailable but with members of the panel showing good form in club games last weekend, Leitrim manager Danny Clarke will be hopeful that Leitrim can pull off a major result.

In other ladies news, there were senior championship victories last weekend for Kiltubrid and Glencar/ Manorhamilton while Aughawillan and Annaduff had good wins in the Intermediate championship.