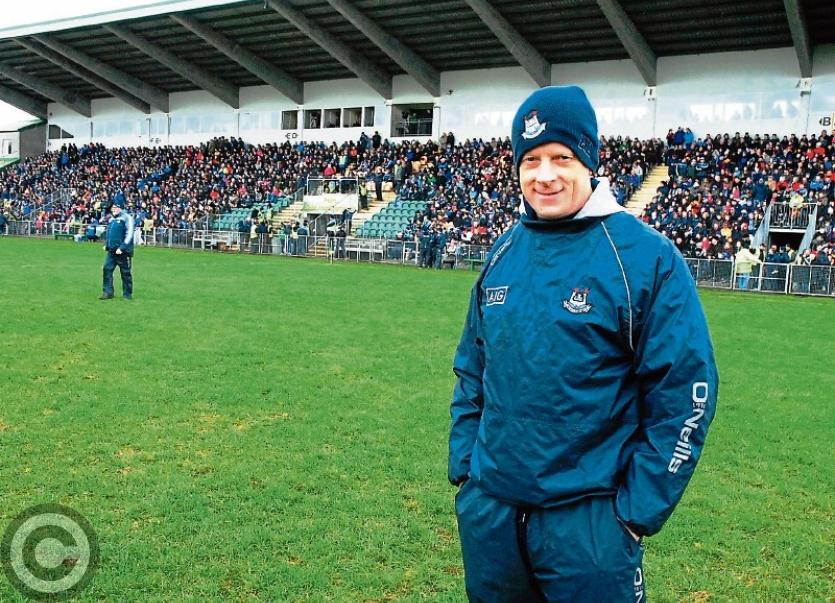 In ‘The Terminator 2’, Arnold Schwarzenegger’s nemesis is an enhanced version of the ultimate killing machine he once was. The T-1000 is an advanced prototype made of liquid metal that gives it the ability to take on the shape and appearance of almost anything it touches.

It can respond and adapt to any assault visited upon it, and even when a seemingly fatal blow is landed, it reconfigures to resumes its relentless pursuit of its enemy.

It is the ultimate analogy for this current Dublin football team and squad. Dublin are a well-oiled machine, a Ferrari racing against some souped-up Vauxhall Novas. On Saturday they met a vintage Mayo team, a side that might once have been considered an Aston Martin DB5. It purred like a cat for 35 minutes but once the race hit the highway of the second half Mayo were left chasing shadows and choking on dust, their fossil-fuelled engine no match for the Dubs’ nuclear power.

I didn’t realise just how much I wanted Mayo to win until the match started. The Mullet from Belmullet wouldn’t have been urging them on more. All Leitrim folk, I imagine, back the underdog. It’s in our DNA. We know the pain that Mayo have suffered over the years. And like Leitrim, they keep coming back, albeit at a higher level of engagement. But pain is pain. It doesn’t differentiate.

I watch Dublin do their thing in the third quarter – perhaps the most devastating quarter of football I have ever witnessed. And while I recognise the genius that is at play, it leaves me cold, utterly. The thing is it is hard to love a machine. Impossible, perhaps. (Although the brilliant film ‘Her’ explores this topic further and comes to a different conclusion where Artificial Intelligence is concerned, anyway.)

I can recognise the wonder that is Paul Mannion. His balance, his timing, his precision. I can marvel at the relentless perfection of Brian Fenton. His leadership, his conditioning, his decision making. I can envy the assassin-esque finishing of Con O’Callaghan. He did to Lee Keegan what no other forward has managed. That is the ultimate compliment.

I can herald the individual attributes of all the Dublin players, but I cannot cheer the team. That is because the deck is just too stacked in their favour.

Their population advantage is the obvious starting point. Their huge sponsorship agreement must be mentioned. Their per capita funding cannot be ignored, no matter how well they use it (would another county not do the same?)

A lesser considered advantage is the fact that the entire squad is Dublin based – no five-hour round trips to training for them. They are based out of DCU – the country’s leading sports science college. They can afford – both numerically and financially – to carry a 40 plus man squad for the year, offering access to endless in-house challenge matches and the ability to rotate their players across both league and championship.

An interesting statistic I cannot offer would be a comparison of the number of hours played in 2019 by the 15 players that started Saturday’s semi-final for Mayo and Dublin respectively, and the number of players per squad lost through injury across the season.

And I haven’t yet mentioned the advantage of Croke Park being considered Dublin’s home ground for league and championship. All these factors must be considered when analysing this Dublin team’s place in the pantheon of the great.

Even when all these factors are considered, the players that take the field must still produce the goods. Dublin’s players do that time and again, occasionally under great pressure; in recent finals against Mayo for example, when the men from the West pushed them to the absolute limit; and this year with the expectation of history and the ‘Drive for Five’ sitting on their shoulders.

And for me, much of that comes down to Jim Galvin and Declan Darcy. Dublin has always had advantages. They are now making them count to devastating effect thanks for some exceptional leadership and guidance.

I attended the second semi-final on Sunday. The second half was a great old-fashioned game of football. All I can say, though, is that the pick of Kerry and Tyrone wouldn’t beat the Dubs in the final. That’s depressing to write. The only thing that brings comfort is the knowledge that Arnold eventually overcame his foe in Terminator 2. The bad news is they are currently working on a Terminator 6.