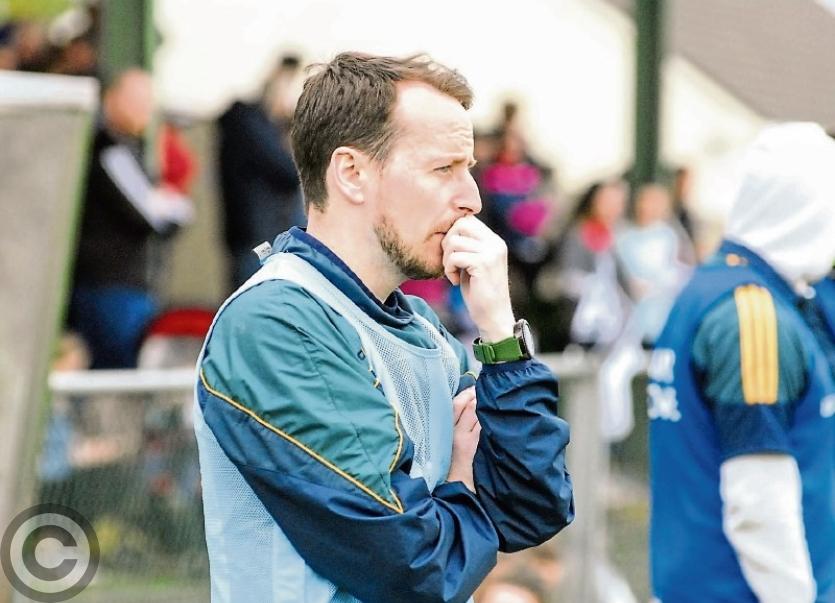 There were few enough fans there to see it but there was no doubting the relief etched on the face of Leitrim manager Danny Clarke last Sunday afternoon in Kinnegad.

A championship season where sporadic bursts of fantastic football were undone by long periods of inefficiency as Leitrim lost championship games to Sligo, Roscommon (twice) and Offaly.

But last Sunday, Leitrim Ladies produced the goods when most needed in the TG4 Ladies All-Ireland Intermediate relegation playoff against Wicklow and Danny was delighted: “To be fair, justice is done for the amount of work these girls have done.

“I’m sure people are sick of hearing the same old drone of us talking about the work we are doing and things not going right but today is one of those days when things went right, handling went better, we were on cue and there was a good feeling in the camp.”

And the Sligo man paid tribute to the resilience and spirit shown by a Leitrim team who suffered a big blow with captain Clare Owens ruled out of the game with a foot injury. So short were Leitrim that they were down to just 19 players in Kinnegad.

“It was hard to on us to come back after a tough result against Offaly which I don’t feel we deserved. To turn it around a couple of weeks later and come out with such a performance is exceptional. The girls put serious pride back in the Leitrim jersey and the whole county should be proud of them.

“The effort they put in during that whole game was monumental and throughout the whole year.”

There were a number of superb performances against the Garden county but Danny agreed that Aughawillan's Carla Le Guen delivered a masterclass - “The two O’Dowd girls, the two Heslins, Aisling Quinn, Carla Le Guen was phenomenal today, literally every single girl from one to 20 who went on the pitch did themselves justice and you can’t ask for any more.

“The honesty and integrity, the desire was second to none, they weren’t found wanting in comparison to any of the four divisions.

“Carla is such an intelligent footballer. When Shannen O’Rourke was sin-binned, I just shouted Carla and she went yeah, she knew exactly what she had to do. That’s the sign of an experienced footballer and she is cute enough to know what to do in certain situations.

“She held up the ball extremely well, she assisted three of the four goals in the first half with phenomenal foot passing but look, she did what she normally does and she has always been one of more consistent footballers all year.”

Even with his own future at the helm uncertain, Danny believes there is more to come from Leitrim Ladies but stressed that all clubs need to start contributing players and absent stars need to return - “The foundations are there, you can see that but there needs to be a little bit more of a collective around the county, other clubs need to get involved.

“If we had everybody involved, we shouldn’t be down here. I said to the girls today, let’s do ourselves justice here today and show what we are made of and that is exactly what they did.

“But as I said to the girls, commitment isn’t what you say, it is what you do and it is doing something if you say you are going to do it. There is a platform there now and if the girls commit for another 12 months, I guarantee that if they do keep up the same mentality and bring in the few players that are coming up the ranks, I have no doubt that we will be more competitive in Division 4 and in the championship next year.”

Finally, Danny paid tribute to the Ladies Board: “It is a relief to get the result, it vindicates all the work going on. I have to credit the committee as well, Aidan Heron has done a tremendous job there. He has backed both myself and the girls no end and we’re bearing the fruits of that labour.”