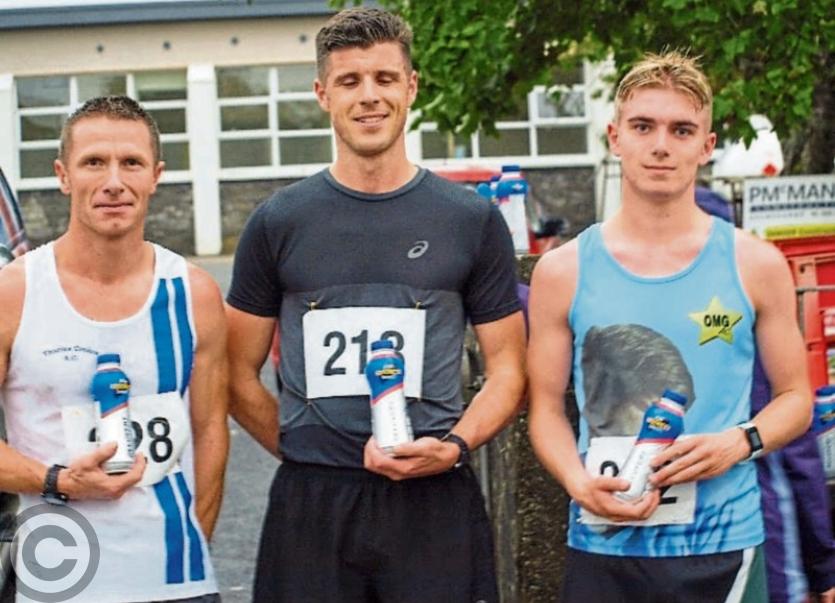 Ballinamore Athletic Club will organise their annual Festival Road Races on Friday evening next, August 16, with registration at the Scouts Den beside the Sports Hall from 6 pm.

The event is traditionally the end of the Summer racing season in the county and always brings a huge crowd to Ballinamore and all three courses are known for their fast times.

There are three separate Races all with the same start taking the same route through the town and finishing beside the Primary School as in previous years.

The Open 10K will follow a route out along the Canal past the Golf Clubhouse and return in the Carrick-on-Shannon Road. As well as the overall awards for the first six men and women there will be awards for juniors and three categories of Masters: Over 35, Over 45 and Over 55.

The 5K will continue straight ahead out the Carrick-on-Shannon road to a turning point from which it will come back to the finish. This event also carries many prizes and also encourages fun runners, joggers and walkers.

The third race is an Open one mile run on a straight course from the start to the common finish. Prizes will be awarded for Under 16 and Under 14 sections and all will benefit from chip timing.

At the prizegiving in the Den following the races refreshments are provided and there are also spot prizes open to non prizewinners.

There are also short races for younger runners, Under 8 300m, Under 10 500m and Under 12 600m in the adjacent St Felim’s playing field at 6 30 or, if weather is inclement they will be replaced by similar events in the Sports Hall.

Ballinamore Athletic Club has had involvement with the Festival since 1968 when three road races were held. An Under 14 Boys race was won by local runner Noel Maxwell while Eddie Leddy and Claire Walsh from Sligo won the Mens’ and Womens races.

Both were to represent Ireland in the Munich Olympic Games four years later as did Danny McDaid who won the National Marathon of 1970 held on the closing day of the Festival.

Colin Griffin finished 11th overall and sixth in the Over 35 section in the Athletics Ireland National Half Marathon held in conjunction with the Rock and Roll races in the Phoenix Park on Sunday last.

Colin's time of 69.50 was a new personal best and his first time to break seventy minutes. The winner was Yared Derese of Carrickmacross in 64.55 with Mick Clohessy of Raheny second in 65.37 with Hugh Armstrong of Ballina third on 66. 11.