Time to start making plans for 2020 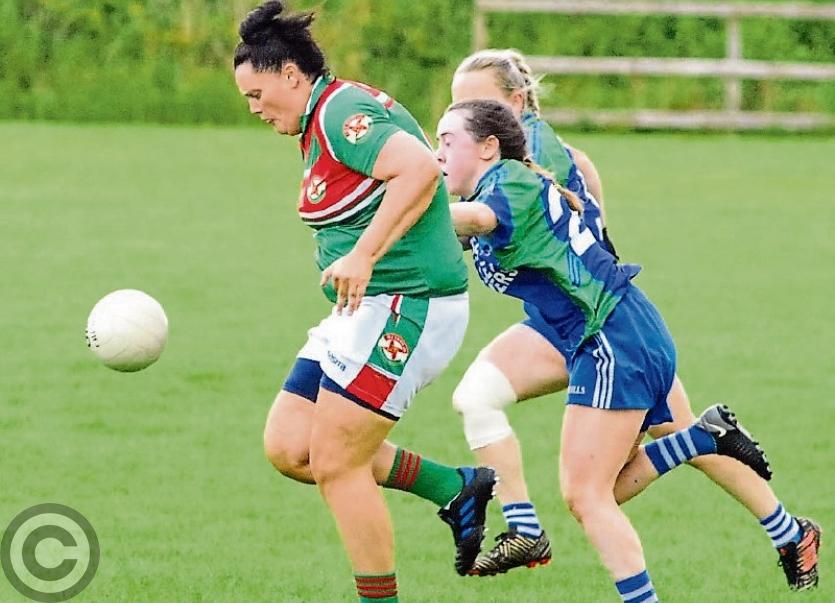 We're right in the middle of a packed club championship programme but right now is exactly the right time to start making plans for the future of Leitrim Ladies and Men's GAA!

You can focus all you want on the here and now but if you've not started sketching out plans for 2020, you might have been left behind already!

Leitrim Ladies need to get to work on implementing an entire new strategy - one that ensures that the best players are playing with the county Senior team and that our underage teams regain the standing they once had in the Province.

There's whispers of new management teams, etc but all current boss Danny Clarke asked for last week was for everyone to pull together for the good of Ladies football in the county!

If that means putting aside club rivalries and festering disputes, so be it because the bigger picture is that unless something is done soon, the situation will drag on and Leitrim teams will continue to be sent out like sacrificial victims for years to come, fulfilling fixtures only to avoid sanction from the LGFA and ensure uninterrupted club football.

Some would argue that's the way it should be but the apathy that reigned over this year's County side was never more apparent that when the Leitrim team took to the field in the relegation playoff against Wicklow in Kinnegad.

I may be overestimating the figures but I reckon no more than ten spectators made the journey to the Westmeath venue to cheer on the Green & Gold!

Even on the sidelines, the disconnect was all too visible. Wicklow brought 30 players, a management team of five plus a goalkeeping coach and a couple of officials and water carriers. Leitrim had just Danny Clarke, Ladies Board Chairman Aidan Heron, physio Lucia Tyrell and an injured captain Clare Owens patrolling the sidelines to cheer on her 19 teammates!

It was a depressing turnout for such an important game but kudos to the few that did and to those who continue to represent their county with pride and conviction at a time when so many talented players have turned their back on the county jersey.

This is not an attack on anyone or any club, far from it but it is holding the Ladies game, the players, officials and supporters to the same standards we expect of our men. I have no doubt that those working for the good of the ladies game at club and county level are doing their level best but everyone needs a bit of help at times. Time to ask what you can do!

Same goes for the Men's side of the game - we're having our most competitive championship in years thanks only to the battle to avoid relegation with a series of one-sided hammerings at the top!

Whatever you say about the Men's Board, and there are those with plenty to say from outside the tent, they have taken proactive and revolutionary steps over the last few years to improve the quality of football in the county at adult and underage level.

Those changes are going to take time to come to fruition but anything is better than allowing the slow drift to oblivion we were engaged in for so long. The only problem is we need a little bit more revolution!

There is an acceptance that things have to change and I hope that clubs follows up at this year's Convention and insist on a further reduction in the amount of teams contesting the various grades in championship football.

I know some will see that as voting against their own interests, short term ones to be honest, but we will have teams qualifying for the knockout stages who have lost more games than they have won - how in God's name does that improve standards?

If it were me, I'd love to see an eight team Senior, eight team Intermediate and seven team Junior championship with no second teams eligible, they could play in a Reserve championship that mirrors their first teams. Two groups of four with the matches spaced out and promoted would be ideal - the dream scenario being Senior one weekend followed by Intermediate and then Junior.

It would make each match more important and give players the chance to recover and prepare properly for games that should be treated as the massive occasions they are rather than this marathon sprint through the group stages we are enduring right now.

In our heart of hearts, we know that further change is an absolute necessity but unless someone grabs the bull by the horns and drives it through, the pain of this year's changes will be all for nought! Time to step up to the plate!