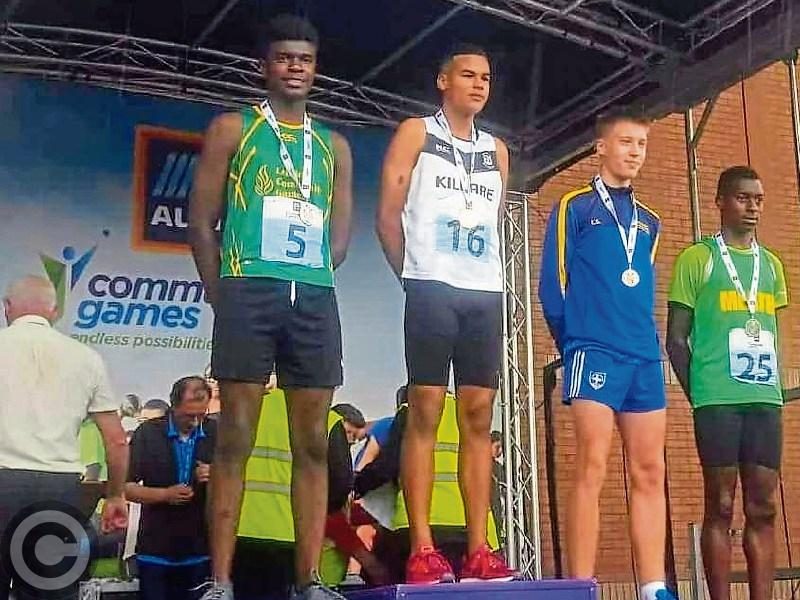 Leitrim's young athletes experienced a mixture of glory and pain last weekend at the Aldi National Community Games Finals at the University of Limerick with medals and near misses dominating the agenda.

Carrick Area's Toyosi Fagbo was the top medal winner with a silver in the U16 Boys 100m while there were medals for Tom Trench Winston (3rd U8 80m) and Sarah Mulvaney Kelly and Scott Williams, who both finished fourth in their U10 60m hurdles on Sunday.

Unfortunately, there was also a good deal of near misses as Diarmuid Giblin and Ryan Farren finished fifth in their events on a very busy weekend of action for Leitrim's young athletes.

Toyosi's silver in the U16 100m came after he won both his heat and semi-final with quite a bit to spare. However, in the final, Kildare's Runo Ayavoro got out just as quickly as the Carrick runner and pulled away to a convincing win over the second half of the race.

Toyosi had to work very hard to hold off the Wicklow and Meath athletes and improve on his fourth place placing at U14 level.

Tom Trench Winston was one of the youngest podium placers as he finished third in a blanket finish in the U8 boys 80m B Final, a great run from the young Carrick athlete. Fellow U8 athletes Bronagh McGowan finished fifth in the girls 80m B final while Rian Reynolds put in a tremendous performance in the 60m Final.

Manorhamilton Area were celebrating a U10 60m hurdles double as Scott Williams and Sarah Mulvaney Kelly both finished fourth in their finals to take home fourth place medals. In remarkably similar races, both finished extremely strong and were unlucky not to finish a place or two higher.

Diarmuid Giblin was definitely unlucky in the U16 200m boys final, pipped for a fourth place medal by a matter of inches after a series of good performances over the weekend. The Manor Area athlete finished strongly but just ran out of real estate in his bid to medal.

Sophie McCabe was another to reach a final, also the U16 200m Final with the Carrick athlete crossing the line just outside the medals in a blanket finish.

Niamh Carolan and Sara O'Beirne both delivered strong displays in the U16 discus and U14 javelin while the Carrick Area U10 Mixed and Mohill Area U14 Girls teams both reached their semi-finals and were unlucky not to got further.