Time to get moving in Intermediate grade 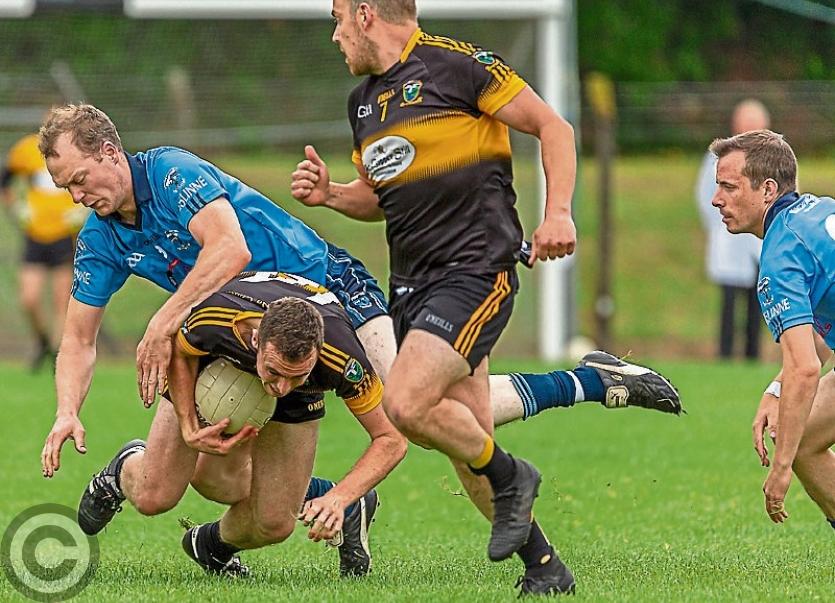 Action from the clash of Eslin and Bornacoola

Eslin face an Aughavas team needing a win to boost their own hopes of avoiding the relegation dogfight. Aughavas haven't been that far off in their games so far but in all likelihood, their final game against Kiltubrid is the key one. Hard to see beyond an Eslin victory such as been Conor Beirne's dominance so far.

Victory guarantees Bornacoola's place in the quarter-finals but they face a Kiltubrid team desperate for points to avoid the relegation battle. A win would also leave the teams level on four points so there is an enormous amount to play for here. Form would suggest that the Bors are in better form and if they can produce the goods, they should qualify for the knockout stages.

This game will tell us much of Carrigallen's challenge after they suffered a first loss against Leitrim Gaels. Annaduff stuttered somewhat in their win over Ballinamore and have displayed small spells of inconsistency in their matches so far but with so much on the line here, they should take the victory here.

After a first loss in the last round, you sense Ballinaglera will want to get back to winning ways as quickly as possible. They should do this against a Glenfarne/Kilty side who started very well but have faded as the demands of the competition have caught up with them. Perhaps the week's rest might help them but it is hard to see beyond Ballinaglera in this one.

On the face of it, this game should be the one to confirm Drumkeerin's place in the quarter-finals. A win here and a Cloone loss would mean the group is finished with a round to go with only final placings to play for. Ballinamore's second string have disappointed but seemed to find some form against Annaduff in the last round. Their improvement may come too late as Drumkeerin should take the win here.

Cloone need a win or a Drumkeerin loss to keep the dream of reaching the quarter-finals alive but face a Leitrim Gaels side who been in mixed form but when they hit their stride, are almost impossible to stop. Players should be returning to their ranks and they look too strong here for the Cloone side.