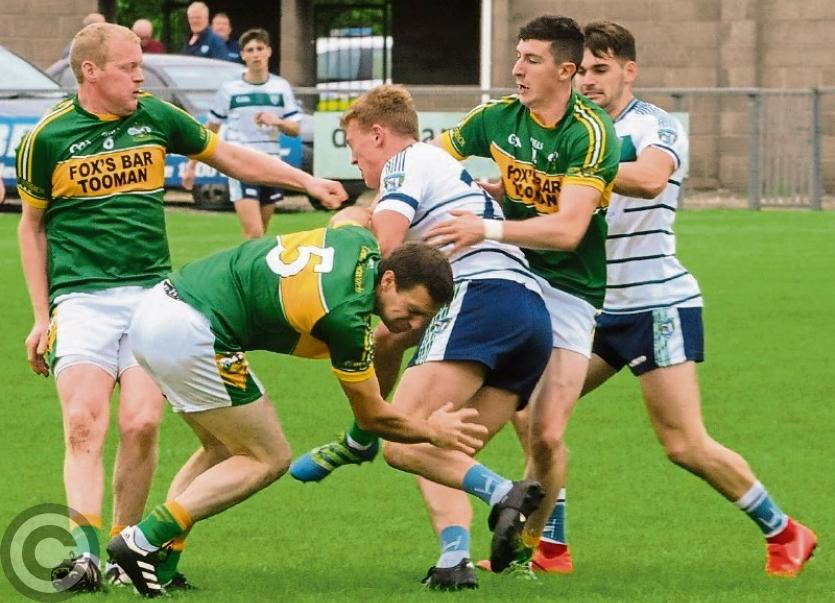 Six into four won't go! That's the simple equation for the final round of the Connacht Gold Senior and Smith Monumentals Intermediate Championship.

Six teams are vying for just four spots in the Senior and Intermediate quarter-finals scheduled for September 14 & 15, with the losers either going into a relegation battle in the senior grade or, in the case of the Intermediate grade, dropping to Junior for 2020.

While the Senior grade does not offer any direct winner takes all contests, the clash of Kiltubrid & Aughavas at Intermediate represents a real winner takes all so it should be some contest.

Drumreilly, Melvin Gaels and Fenagh St Caillin's are vying for two quarter-final spots in Group 1 of the Senior grade while in the Intermediate grade, Group 2 sees Kiltubrid, Bornacoola and Aughavas all looking for one of those elusive places in the quarter-finals.

The prize is even greater in this grade with four teams automatically relegated to Junior status, meaning whoever loses out in the Group 2 lottery will be joining Ballinamore's second string, Cloone and Glenfarne/ Kiltyclogher in the Junior ranks next year.

In the Senior relegation series, one team out of four will retain their Senior status, meaning St Patrick's Dromahair, Gortletteragh & Aughnasheelin will be very anxious to see who joins them in the relegation zone.

Interestingly, if the quarter-finals were to be played today, there would be some fascinating match-ups. Going on the standings before the final round, the Senior grade would see group leaders Glencar/Manor take on Allen Gaels while Sean O'Heslin's would face Melvin Gaels.

2017 champions Mohill would face St Mary's Kiltoghert while defending champions Aughawillan would be up against neighbours Drumreilly!

In the Intermediate grade, the prospective ties are even more mouth-watering, albeit they could change a lot after the final round!

As it stands, Annaduff would face Bornacoola, Leitrim Gaels would take on Kiltubrid and Drumkeerin would play Ballinaglera - all three of which are huge local derbies! The final game would see group leaders Eslin take on Carrigallen.

Of course, that is all speculation but it adds to the intrigue with a lot of clubs who have already qualified wondering if it is worth their while to rest players in the final round of group games or go flat out to maintain a winning run.