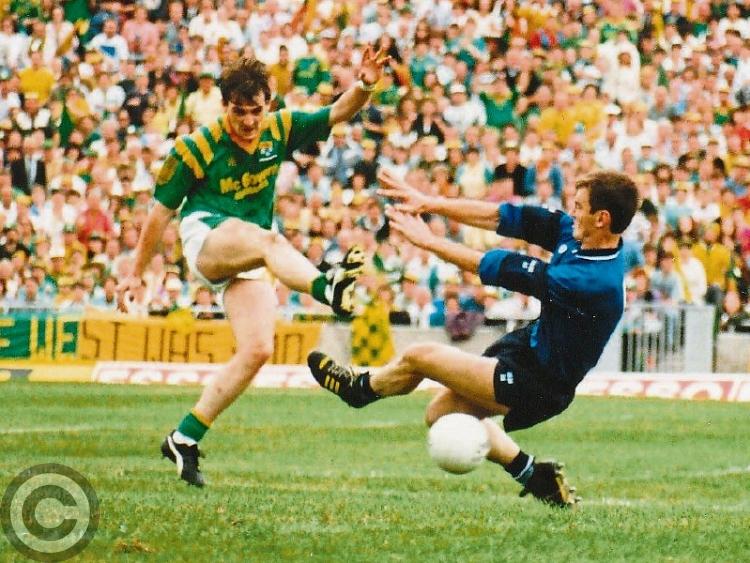 One of the biggest dates in the sporting calendar is just days away but instead of fever pitch excitement it seems this year's All-Ireland football final has failed to capture the imagination of the public as has traditionally been the case.

The all-conquering Dubs are on the verge of an unprecedented five in a row with their age old rivals, Kerry, all that stands between them and sporting immortality.

Dublin supporters will care little that much of the country has become disillusioned and to an extent bored of watching the blue juggernaut leave a trail of destruction in its wake as they comfortably swat away another opponent. The Dublin faithful are rightly, eagerly anticipating their big day and the opportunity for the likes of Cluxton, O'Callaghan, McCaffrey, Fenton, Rock and the rest to be part of sporting history.

For the Kerry supporters, the prospect of competing in an All-Ireland final is something they have become very familiar with over the years having been crowned the best in the land no fewer than 37 times.

However, this time it seems very different. The self-belief and cockiness traditionally associated with the Kingdom is conspicuous by its absence as there is a genuine fear they may be the latest team to give their all before succumbing to a heavy defeat.

Should that happen there will be further questions posed about the need to divide Dublin due to their significant population advantage and more suggestions of 'financial doping'. While there are certainly areas that need to be looked at in terms of rebalancing the playing field, it is hard to blame Dublin for the fact that they have become so dominant.

The advantages they enjoy are significant. The playing population of their smallest areas would be a match for many counties while the fact that Croke Park is there de-facto home ground is a genuine reason for many to feel aggrieved. Sunday will be Dublin's ninth game at headquarters this year while others have to contend with a big day out once in a blue moon.

The financial advantages enjoyed by an amateur outfit are another area where Dublin blow everyone out of the water. Last year Dublin renewed their deal with insurance company AIG until 2023 with the Dublin coffers set to benefit to the tune of €4m. The big companies will understandably want to be associated with the biggest brands but in an amateur environment it is hardly surprising that the gap has increased between the rich and the rest.

When you add in the fact that club football is thriving in the capital thanks to some excellent work from local volunteers matched by significant funding from the GAA to employ development officers it becomes clear the balance needs to be redressed.

Would it be viable for the GAA to insist that all monies raised through sponsorship be allocated into a central pool and then divided across the country where it is needed most? Of course, Dublin would be unwilling to relinquish their significant advantage but they still have a huge population advantage meaning if they were as dedicated to grassroots funding as the smaller counties have to be, they would still take in considerable sums.

Splitting the county in two is unlikely to be accepted by anyone in Dublin but Jim Gavin's team and the underage system that has been developed suggests the period of dominance could continue for a long time to come. Some may argue it is up to others to improve their standards in order to reach Dublin's level but in practical terms that is simply not realistic.

Twenty five years ago Leitrim played Dublin in the 1994 All-Ireland semi-final and were well beaten. However, those involved with that team look back on 1995 as a real missed chance; a chance to lift Sam Maguire. Unfortunately, it is hard to imagine such a goal being a realistic ambition any time soon.

Let's hope Sunday produces a game to remember because whatever may be said against the Dublin tidal wave that has swept all before them, there is no denying they are an exceptional team. It is also worth remembering that Kerry have a few decent footballers in their ranks and may just spring a surprise.

We live in hope!