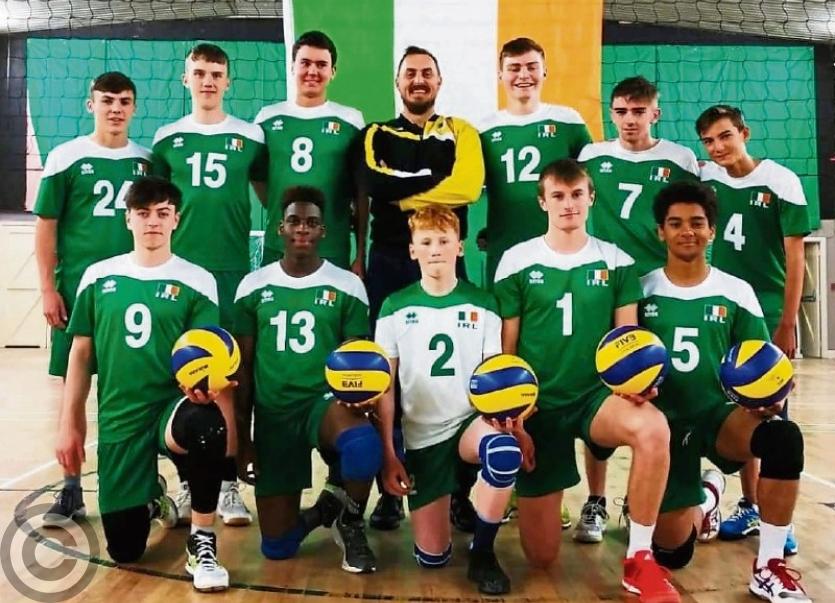 Gareth Gilmartin (wearing number one) pictured in the front row with his Irish U19 Volleyball teammates ahead of next week’s Flying Scots Tournament.

Drumshanbo volleyballer Gareth Gilmartin will travel to Scotland next week to represent Ireland with the Irish U19 Men’s squad in the Flying Scots Tournament.

Gareth, who will take on the role of captain for the tournament, has proven to be both a keen and extremely skillful Volleyball player since his call up to the Irish Mens team 18 months ago.

The Squad have trained hard all summer and have just returned from a four day intensive training camp which took place on the banks of Lough Allen in Drumshanbo during which time the team finalised their preparations and strategy ahead of travel on Thursday.