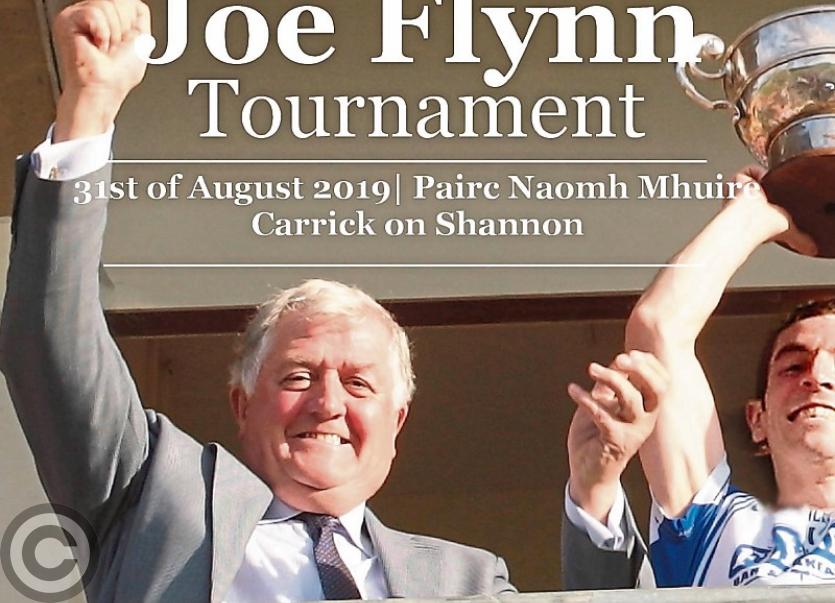 Joe was a fine stalwart of the St Mary’s Club and indeed the wider GAA in Leitrim and further afield for over 40 years playing many roles down through the decades. His passing in 2016 motivated the club to honour his hard work, dedication and vision with the tournament named in his memory.

Last year the cup winners were Trillick, from Tyrone, and Kilmore-Shannon Gaels won the shield competition on a day bathed in sunshine and attended by a very large number from the club and the wider community.

This year, 11 clubs are bringing 16 teams from eight counties and three provinces. St Mary’s, Annaduff, Fenagh and St Joseph’s, all from Leitrim, along with Kilmore-Shannon Gaels from Roscommon, Trillick from Tyrone, Castlebar Mitchells from Mayo, Corofin from Galway, Clonguish from Longford, St John’s from Sligo and Clane from Kildare will all be participating.

With 16 teams, 34 games and over 300 players it is hoped that the tournament will live up to the excitement and drama which last years tournament provided.

A tournament which provides such enjoyment to so many young people is a fine and fitting tribute to a man who over the years worked tirelessly in that very pursuit. The day is made all the more fitting by the fact that the whole day is played out on Pairc Sean Mac Diarmada and Pairc Naomh Mhuire, two pitches with which he had strong and productive association.

The club are hoping that all those who have a connection with Joe would turn up for a while and enjoy the day and help celebrate his work within St Mary’s and in the wider GAA community.