McSharry has strong start to a new pool season 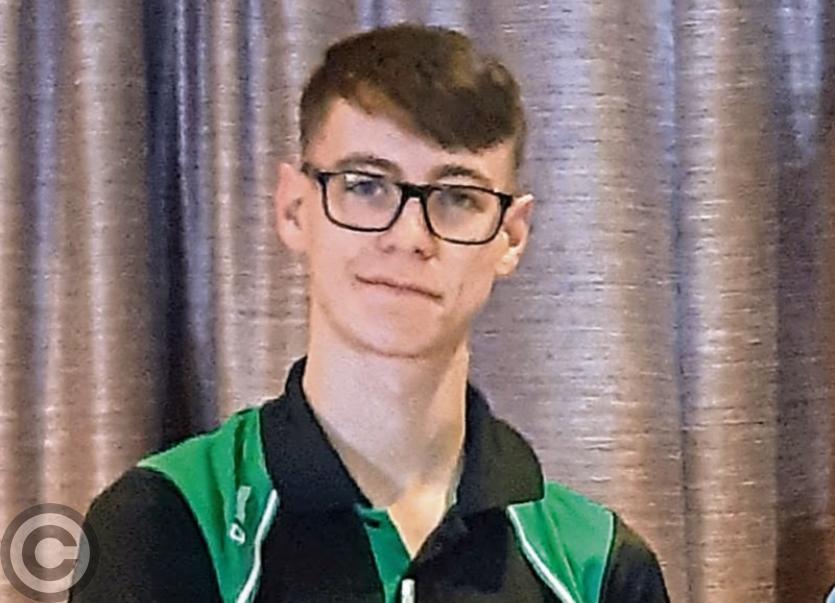 The Leitrim Team consisted of Jamie Gaffney (Keadue), Wayne Kilmartin (Kilteevan), Lee McSharry (Drumkeerin), Kevin and Dave McWeeney (Aughnasheelin). They were drawn into a group of 5 with Tyrone A, Donegal A, Armagh A and Tyrone B.

Leitrim had their toughest game first against a very strong Tyrone A team, the Leitrim lads struggled in the early part of the match going 8-1 down but found form winning six out of the next nine frames, they lost but the deficit was hugely reduced 11-7.

Next Leitrim faced Tyrone B, the Leitrim team hit the ground running and were leading well the whole way through, and they dispatched the Tyrone B team 11-4 in the end. Up next, it was Armagh, Leitrim’s confidence was high and the form was good and had a similar performance to that of playing Tyrone B beating Armagh 11-3.

Finally Leitrim were to face Donegal, the winner would progress from the group with Tyrone A to the Semi-finals. Leitrim and Donegal were tight from the start up to 4-4 where Donegal took the next 6-4, Leitrim shared the next few frames 8-6.

Leitrim bounced back to draw it level 8-8, Leitrim and Donegal shared the next two but unfortunately Donegal stole the following two to get to 11 and progress to the semi-finals.

In the singles event Lee McSharry did the most impressive of the Leitrim lads, he reached the final but lost to Declan Brennan 8-5. On his way to the final he beat Fermanagh’s Shane Mulligan 6-4, with a total of 6 clearances from break between the players.

Kevin went 2-1 up on the Donegal man but Shaun bounced back winning five on the bounce. Lee moved on to face Seamie McArdle, Lee going 2-1 down but he bounced back to see out the match 7-3. Lee faced Brennan in the final, Brennan a well established Pool player playing at the highest level in the world faced the No. 1 under 23 player in Ireland.

Unfortunately, Brennan won the next crowning him the champion 8-5.Well Done to Lee on reaching the final and putting in a great performance on the day.

Leitrim Pool want to wish all our members who are competing in the Irish Pool Cup the very best of luck. The Irish Ranking event takes place in the Great Northern Hotel, Bundoran, with competitions for all ages from Over 50s to U15s. For any U18s or U15s they can enter on the day at 10 am at the venue to be entered in the competition.

All other competitions had to be pre-entered. Leitrim Pool will try stream some games off their Facebook page, the Leitrim Pool Association.

The Annual LPA dinner Dance will take place on Saturday September 14, in the Lough Allen Hotel and Spa, Drumshanbo at 8pm. On the night there will be several presentations from LPA Player of the year to Pub League to All Ireland and World Champions.

Music by Alan Wrynne on the night followed by a DJ, it is set to be a great nights Craic. Tickets are now on sale through Dave on 0876490835 and are priced at a very reasonable €25.

The biggest pool event of the Leitrim pool calendar has to be the LPA Premier League, this years league has changed slightly, all matches are first to 8 frames, ever one is given an appropriate handicap based on the ability ranging from -7 up to +4, you receive a bonus point for an 8-7 or 8-6 loss.

This is a very popular event and is suitable for everyone of all abilities. Each week there is one match allotted, time and date is decided by both players. To enter text Dave on 0876490835. The League commences early October, entry €40,for under 18's its €10.

The Leitrim Pool Pub League will take place late October but entries are now open and can be made to Dave on 0876490835, this year the matches will consist of three sessions of five singles frames, with handicaps given to different teams depending on the number of county players each has either +1 or +2.

Matches will take place on a Thursday or Friday night depending on the home teams preference, for more information please do not hesitate to contact Dave.