Hopes on a knife's edge 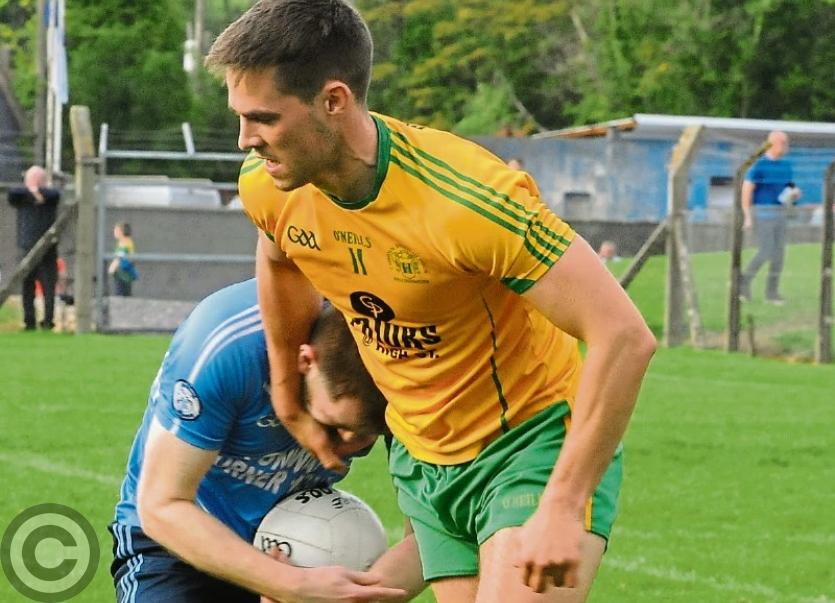 Last chance saloon and all that, next Saturday's final round of Connacht Gold Senior Championship games could shape the future of several teams for years to come.

With three teams being relegated, never has it been more important to reach the Quarter-Finals and next Saturday's games sees several teams go into combat with their hopes resting on a knife's edge.

Fenagh St Caillin's, Melvin Gaels and Drumreilly are battling it out for the last two promotion spots while others may be fighting to avoid certain opposition in the first knockout round.

Some teams may even rest key players with the quarter- finals just a week later so nothing in guaranteed for players, officials or spectators on Saturday. Here we take a brief look at the games:

No frills or fuss here, Fenagh have to win to give themselves a chance to avoiding the drop. Gortletteragh could well be looking to the relegation playoffs and rest players in this one but even if they don't, you have to think that Fenagh's greater need and desire will drive them to victory.

There is some speculation that this game, which would normally be the tie of the round, may not go ahead with Aughnasheelin already relegated and no benefit to O'Heslin's. Hard to argue against it if Aughnasheelin decide to focus on the relegation series as O'Heslin's could rest a lot of their team and still win here.

Drumreilly need a point to make sure of their quarter-final and the scare they gave Mohill in the quarter-finals two years ago won't have faded from Mohill minds. Drumreilly will be battling tooth and nail, Mohill may looking to the quarter-finals that may make it closer than you'd expect. Mohill get the nod but if there is to be a shock , this could be the one!

The emphasis has got to be on avoiding injuries at this stage but you have to think that Aughawillan will look for a nice-warm-up ahead of the quarter-finals, the champions should do it.

Melvin Gaels desperately need at least a point to be sure of avoiding the relegation series but even a narrow loss may be enough provided certain results go their way.

This is a deep rivalry and neither team will yield an inch. The Kinlough men seem to have found some form in recent weeks but Glencar/Manor are operating at a higher level and would love nothing better than to perhaps put their great rivals into a relegation mess.

The shadow of the quarter-finals loom over this game but on current form, you have to go with Glencar/Manorhamilton.

Nothing for either team to really play for a but a big St Mary's win could see them leap frog Aughawillan into second place and technically an easier draw in the quarter-finals. That might be enough to get them to take this game very seriously. The Carrick men should take it here.