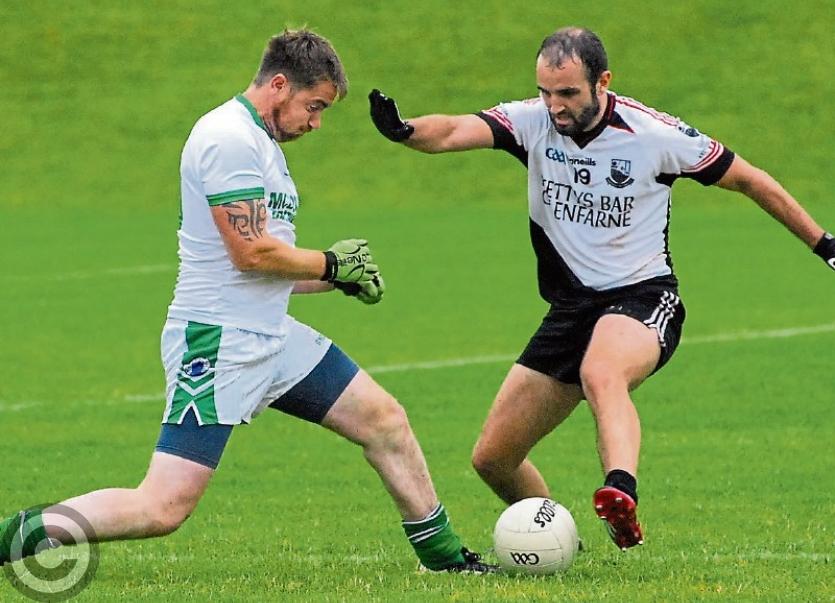 We take a brief look at the final round of group games in the Smith Monumentals IFC:

Nothing to play for here other than Annaduff finishing in top sport and after having seen both teams in the last round, hard to imagine anything other than an Annaduff win.

A few years ago this would have been an even match but Glenfarne/Kiltyclogher have struggled badly since. They may want to go out with a bang but hard to see them holding Conor Beirne in any meaningful way.

Carrigallen need the points if they want a more favourable draw for the quarter-finals while O'Heslin's are already relegated. You have to imagine that Carrigallen's great need will carry them through.

This is the big game of the weekend - win and you are in the quarter-finals, it is as simple as that. A draw will do Kiltubrid and even a loss wouldn't be that damaging if they lost by a narrow margin and Bornacoola also lost, Kiltubrid boasting the best scoring difference of the three teams fighting for the last quarter-final spot.

Current form would suggest that Kiltubrid are the favourites but Aughavas have really put it up to every team in their path so far. Expect it to be no different on Sunday but Kiltubrid have the strength to come through.

Both these teams are qualified, all that might change is their final position. The Gaels weren't clinical or fluid against Cloone but expect an improvement here. They should prove too strong for Drumkeerin.

Hard to imagine Ballinaglera ever letting up with the Quarter-Finals so close but those quarter-finals may just mean they will rest some of their troops. Bornacoola need at least a point but desperation rarely makes for good football. I think you have to go with Ballinaglera here.