Teamwork carries the day for Gaels 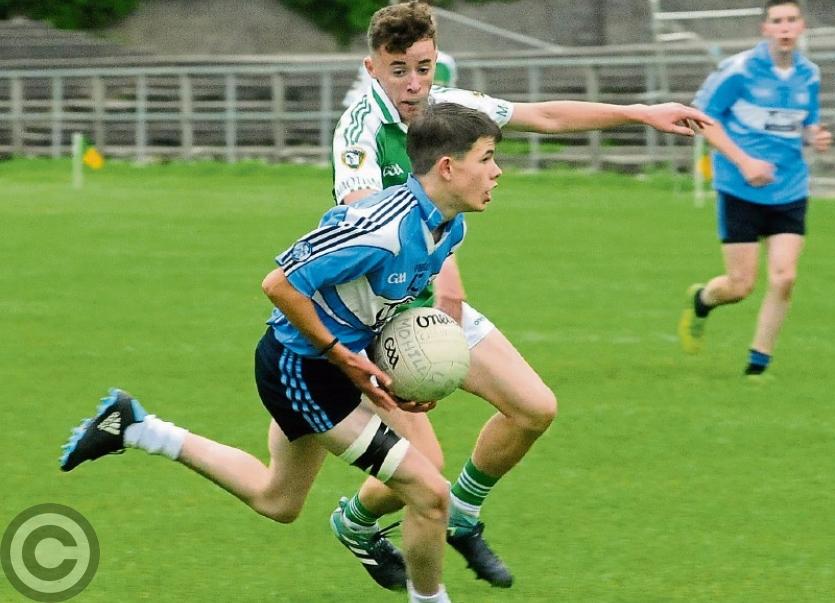 Allen Gaels' superior teamwork and strength in depth carried them to a League and championship double as they claimed the Dolan Cup last Monday in Avantcard Pairc Sean Mac Diarmada.

The Drumshanbo outfit had four points to spare against Mohill in the Newtowngore Engineering sponsored Division 2 Final but it was a struggle to get past a Mohill team that threatened several times to take control of the game.

That Mohill didn't was down to the hard work and strength in depth of the Gaels who never let their opponents get ahead and it was the Drumshanbo men who finished with the last three points of the game to seal the double.

Mohill started brightly with a high floating Niall McNabola point but Evan Foley replied as he got on the end of a good move. Sean Bohan edged Mohill back in front on three minutes but the Gaels showed their threat when Eoin Duignan made a good save from Sean Lynch's shot while a follow up was blocked.

But the Gaels didn't have long to wait for a goal and it proved a cracker - Mark Reynolds pass over a defender found Ronan Moran storming through but he launched a howitzer of a shot from distance to give keeper Duignan no chance on ten minutes.

Allen Gaels followed up with a few bad wides and Conor Mulligan replied with a typical full-forward score on the swivel turn. A long range Gaels free clattered off the woodwork but was worked back for Foley to score and Ronan Moran finished off a good move with a fine point.

The Gaels seemed to be taking control as Ronan Moran and Radek Oberwan set up corner-back Arek Oberwan for a fabulous point and Ciaran McMorrow tapped over a free.

But Mohill refused to buckle and cut the gap back to a goal at the halftime break thanks to a brilliant point from Aengus McCrann and good Conor Quinn score, leaving it 1-5 to 0-5.

Mohill were clearly the dominant team early in the second half with Conor Macklin's point getting them off to a good start while he also had a shot saved by Rory O'Donnell in the Gaels goal.

Mohill were on the move and lovely points from Sean Bohan and Aengus McCrann tied the scores after just six minutes of the half. Crucially, Allen Gaels were able to respond with a McMorrow free followed by a Mark Reynolds free, a huge score.

Again Mohill came back with a Conor Quinn free on 19 minutes but it was the Gaels who found the energy in the final ten minutes to pull clear, Radek Oberwan lifting his team with a monster point nine minutes from time.

Ronan Moran added another great point as Mohill saw their shots fall short or wide and over a minute into added time, Ciaran McMorrow played a one-two with Jamie McGrail before curling over a point to seal the victory.

TURNING POINT - Ronan Moran's blistering shot found the net ten minutes into the game, giving the Gaels the boost they needed against a Mohill team threatening to take control of the contest.

TALKING POINT - Both these teams played most of the competition at 13-a-side level but under one of the competition rules, when more than 17 names are submitted, the game must be played at 15-a-side - which was a bit of surprise to both teams!

WHAT NOW - Some good footballers on both these teams and a strong and healthy rivalry will help them grow even further as footballers in the years ahead.