Do or die action brings sport to life 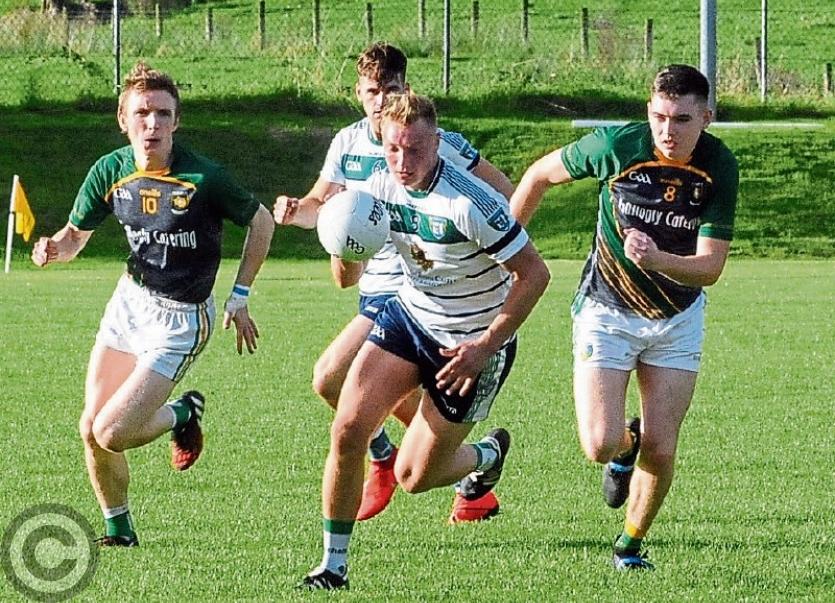 Waiting for the Leitrim club championships to kick into top gear has been a long and often frustrating wait but if the action from last weekend is anything to go by there should be plenty to look forward to in the coming weeks.

The meeting of Fenagh St Caillins and Gortletteragh wouldn't normally be one to set the pulses racing but last Saturday's encounter was riveting for all present in Cloone. Seven goals, some outstanding points kicked, county players looking like just that and more than a few encouraging displays from the young guns helped make for an absorbing encounter.

Of course, in an ideal world, this is the way it would be every week but there has been a dragged out feeling to the current format leaving many players looking disinterested and supporters fatigued as a result of watching football matches that weren't as competitive as they perhaps should have been.

It has been a theme of the opening four weeks of the Senior and Intermediate Championships that contests have been missing a competitive edge as teams have either accepted their fate before a ball was kicked or were able to cruise through the opening weeks safe in the knowledge that there would be plenty of time to ease themselves in to top gear.

The do or die nature of sport is what makes it truly compelling and brings supporters out to get behind their teams. The lack of championship intensity at so many games must be at least one reason for the small crowds at so many games. A perceived lack of quality can be made up for with a hard fought, competitive encounter.

One positive for those watching from the stands is that next year's competition should do away with a lot of the uncompetitive and ultimately meaningless matches that they have been subjected to this year.

After the drama in Cloone, the second installment in Saturday evening's entertainment came from The Showgrounds where Sligo Rovers booked their place in the last four of the Extra.ie FAI Cup. Aware of the potential for a cup upset, Liam Buckley's side produced a professional display as they dismissed the challenge provided by UCD.

Niall Morahan made his first start since his involvement with the Ireland U19s at the European Championships as he battled to overcome injury. Those injury concerns look to be behind him as he produced an excellent individual performance. He was assured in defence, making a number of firm challenges against a team who seemed to think the right back may be a potential weak link. As the game progressed he seemed to get stronger, no doubt keen to show he has overcome his fitness concerns. When many were tiring he was still bombing up the right wing looking determined like never before to score his first senior goal for the club.

With the Bit O'Red safe from the fear of relegation but unlikely to threaten anyone above them the FAI Cup offers the chance of silverware and also the prospect of competing in Europe. With so much at stake it was no wonder The Showgrounds was bouncing under the floodlights. The nature of the league means towards the end of a season there is always the possibility of a number of dead rubber games but the thought of matches with real intensity is what brings the best out in the players and makes the games so much more enjoyable for the spectators.

It was a similar experience last Thursday night in the Aviva Stadium where Ireland came from behind to secure what could be a vital point in the race to secure qualification for next summer's European Championships. The players played with an intensity reminiscent of when they enjoyed their best days. Of course they rode their luck at times; pound for pound Switzerland have better players but when everyone is pulling in the same direction there is no denying the strength in the Irish punch.

Of course even competitive games can prove to be a damp squib but there is every reason to believe there is a very exciting few weeks ahead on the local playing fields.