Heslin fires champs back into the final 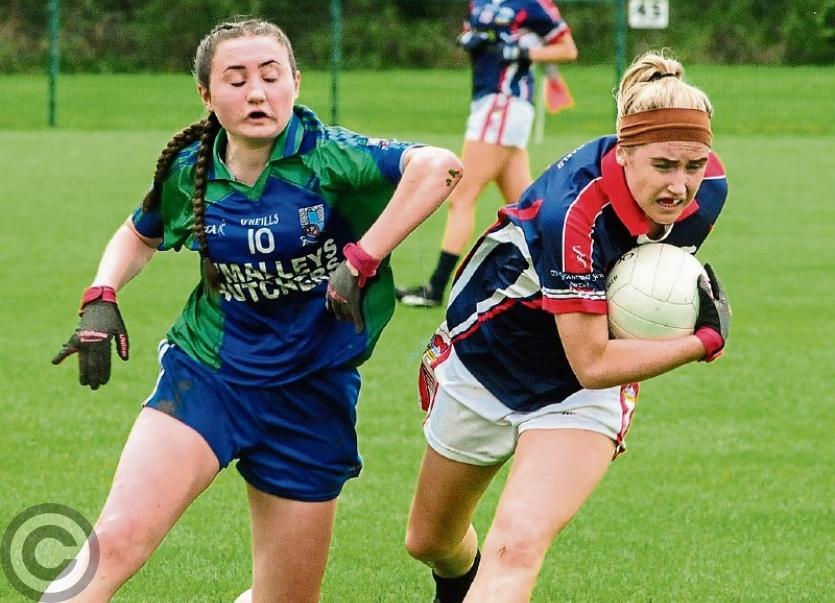 Champions St Joseph’s are one step away from defending their title but they were made work all the way by a determined Oughteragh Gaels team last Sunday in Fenagh.

The reigning champions blitzed a shell-shocked Oughteragh Gaels in the first ten minutes by scoring three goals to put the game to bed before most spectators could even get comfortable.

But the Ballinamore and Aughnasheelin combination, in the last year of their existence if proposed plans are accepted, made them work hard for the victory and while they never troubled the champions, they did enough to make them sweat a little at times.

All over the field St Joseph’s dominated - from Vanessa Gallogly at full-back through Shannen O’Rourke and Louise Maguire, Clare Owens and Aine Heslin in the middle of the park up through deadly duo Bronagh O’Rourke & Carmel McGovern.

But Glencar/Manor can’t but have noticed just how important the devastating Michelle Heslin was to the champions performance - the full-forward has at times been cursed by inaccuracy but last Sunday, she made mince-meat of the Oughteragh defence.

Too strong for the two players marking her and too quick and too mobile, it appeared as if Heslin could score at will and no doubt Glencar/Manor will be looking to stop her in the final.

Aine Heslin got the scoring going after 35 seconds and Celine Shortt added a fine point for St Joseph’s. But the champions were rocked a minute later when Lily Beirne applied a brilliant finish to a great run and suddenly the ball was in the Joseph’s net!

It may be that scoring that goal was the worst thing Oughteragh could have done for St Joseph’s response was devastating. Bronagh O’Rourke tapped over a free before Michelle Heslin got on the end of a long ball and blasted to the net.

O’Rourke tapped over a free before Joseph’s keeper Megan O’Rourke made a good save to deny Laura O’Dowd a goal, Roisin McHugh following up with a point. Another O’Rourke save denied O’Dowd another goal before Bronagh O’Rourke, Rachel McIntyre and Michelle Heslin all added a point each.

Oughteragh Gaels did raise a green flag when sub Emma McGovern and Katie Duignan combined to put Laura O’Dowd through for a goal but the half ended with another Heslin point, leaving St Joseph’s 3-9 to 2-1 ahead at the break.

Ten seconds into the second half, the livewire Bronagh O’Rourke fired over a point and Carmel McGovern got in on the scoring act with a second minute goal as the pace and intensity started to go from the game.

Oughteragh did stage a mini-revival with three points from the sixth minute to the 14th from Roisin McHugh, Emma McGovern and Laura O’Dowd but they were denied a goal when a Sarah McLoughlin shot was tipped onto the crossbar and the follow-up blocked.

St Joseph’s took note and rattled off three points from Bronagh O’Rourke (free), Michelle Heslin and Leona Treanor although they did finish on a downer with Aine Heslin coming off with cramp in her lower leg. The game ended with an injury time Roisin McHugh point but in truth the game was long over.

MAIN WOMAN - Michelle Heslin was head and shoulders above everyone else on the field, a real tour de force

TURNING POINT - The first ten minutes saw St Joseph's blitz Oughteragh Gaels and it was over after that.

TALKING POINT -  Who are favourites for the title? Many seem to be pointing at Glencar/Manor after an epic win over Kiltubrid but it will take something special to get over this St Joseph's team.