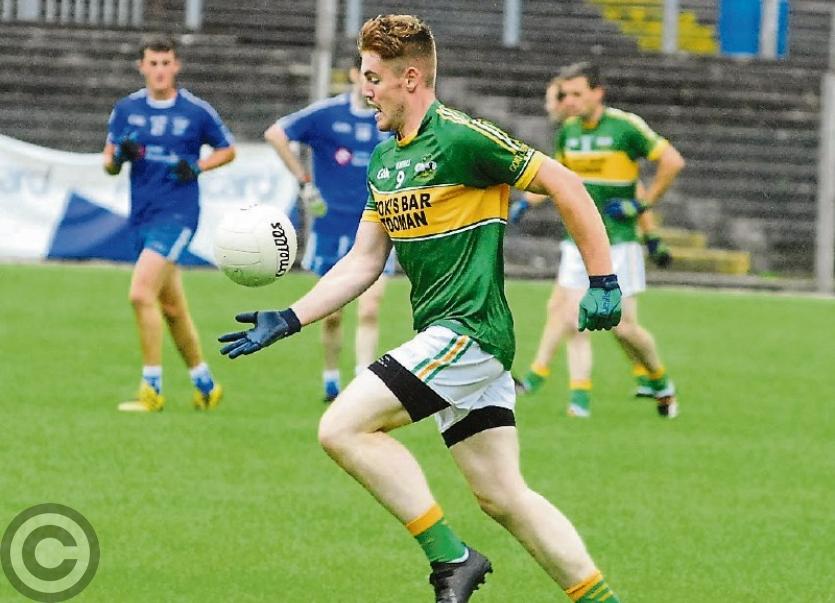 Fenagh went into last weekend’s showdown with Gortletteragh hoping to scrape into the last eight of the Connacht Gold SFC but instead suffered a dramatic defeat that consigns them to the relegation play-offs.

After a slow start to this year’s championship, the intensity increased noticeably for the final group game and it proved to be a thoroughly enjoyable encounter. There were no thoughts of energy being spared for a week later or evidence of players going through the motions; this was championship action with winning all that mattered.

There were some outstanding individual performances in a game that swayed in every direction with seven goals only beginning to tell the tale of the contest.

Jack Heslin and Ryan O’Rourke enjoyed a riveting shootout while Riordan O’Rourke and Cathal McCrann were both hugely influential for their respective sides.

It was the Leitrim goalkeeper, McCrann, who struck first with two frees inside the opening five minutes while he also saw a 45 cannon back off the upright.

Fenagh’s star performer, who they sorely missed during the opening weeks of the championship, Ryan O’Rourke, wasted little time in getting his side back in contention. A converted free after a foul on his cousin Riordan was followed by a 45 from Donal Wrynn to level matters and Fenagh edged in front for the first time when Ryan scored the game’s first point from play in the 11th minute.

Starting in a wide left position the county star did very well to work a shooting angle for himself and did brilliantly when slotting his shot over the bar.

Cathal McCrann hit back with a fine free, making the difficult angle look no more than a minor inconvenience and moments later he turned provider as Gortletteragh took the lead courtesy of a point from Jack Heslin.

The end to end nature of the game continued with a Ryan O’Rourke free cancelled out by an excellently worked point from Gortletteragh’s James Campbell. Cathal McCrann was again heavily involved when he was found in space in the corner. He had a number of runners offering support with the ball worked to Francie Flynn and then to Campbell who finished in style.

With 10 minutes of the half remaining Fenagh extended their lead to two points when Ryan O’Rourke was on target again, this time after good work from Richard Heaney but once more Gortletteragh’s reply was immediate with Shane Doonan on target after good approach play involving Martin and Michael Doonan.

There were no let-up in the excitement as the game edged towards half-time and with seven minutes left on the clock Fenagh’s Oisin McLoughlin dispatched a penalty to put his side four to the good and moments later the lead was further extended with another Ryan O’Rourke free.

There was still time for a further twist in this incredible first half with referee Ray McBrien awarding Gortletteragh a penalty after Jack Heslin’s incredible run that saw him leave would be tacklers in his wake before he was halted unfairly by Ronan Ellis after running half the length of the pitch. Cathal McCrann took responsibility for the penalty which he slotted into the bottom corner of the goal.

The final kick of the pulsating half saw Jack Heslin point to leave just a point between the sides at the interval with Fenagh enjoying a slender 1-7 to 1-6 advantage.

The second half started in the same frantic manner with Cathal McCrann levelling matters before Fenagh retook control.

A Riordan O'Rourke point was followed by Fenagh's second goal of the contest; Ryan O'Rourke rifling a shot to the top corner of the Gortletteragh goal after good footwork on the endline saw him break free.

An Oisin McLoughlin free was followed by a goal from Martin Doonan to put Fenagh eight clear with 12 minutes of the second half played.

Gortletteragh appeared to be on the ropes but their response was emphatic with Jack Heslin finding the Fenagh net from close range.

A Cathal McCrann free further reduced the deficit and the lead was down to just a solitary point when Jack Heslin scored a bizarre goal. Cathal McCrann and Conor Reynolds appeared to have overplayed the ball in close proximity to the Fenagh goal and when the ball was played to Jack Heslin, his options appeared severely limited. However, he somehow managed to release the ball from his grasp and got enough contact with his knee or foot to send the ball over the line before he carried it over!

A short free from Cathal McCrann caught the Fenagh defence off guard and when the ball was worked back to him McCrann delivered a dangerous ball towards the Fenagh goal. Substitute Conor Reynolds rose highest and got a decisive touch as he deflected the ball goalwards and it dipped just under the crossbar and into the goal.

However, there was to be one final twist in this most dramatic of championship tales as the game's star performer, Jack Heslin conjured up another moment of magic to seal victory for Gortletteragh.

Heslin beat his man before working a favourable angle for himself and he then judged his shot to perfection as it flew over the bar to seal a hard fought victory for Gortletteragh after a memorable encounter.