No losers, only winners in thriller 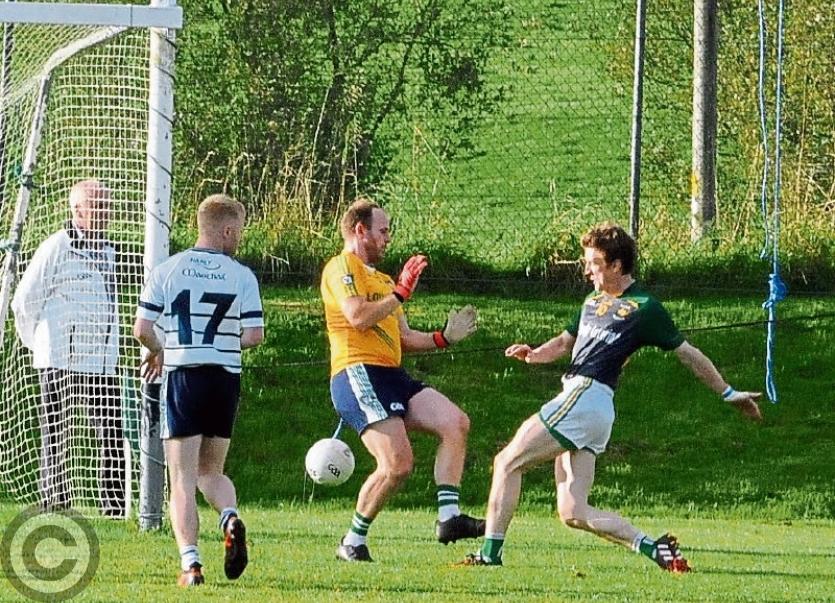 Hard to know who was happier after this game last Saturday in Ballinamore as Mohill again underlined their championship credentials but Drumreilly emerged as big winners in their own right.

An exciting enthralling encounter saw the underdogs really take the game to the bigs guns before succumbing but with Gortletteragh denying Fenagh St Caillin's the victory they needed to make the quarter-finals, it was Drumreilly who marched off the field with broad smiles.

In truth, it is no more than they deserved - Drumreilly didn't stand back from any of the big guns in this group and took the game to teams with far better resources and supposedly better teams, really testing teams considered to be favourites for the title.

They did the same here against Mohill and were on level terms midway through the second half when Mohill finally made their incredible array of attacking talent tell on the scoreboard.

Mohill are an incredible team going forward but they will be worried by the concession of 3-12 against a Drumreilly team straining their limits to the very edge.

We got a sense of what this game would be like inside the first 90 seconds with Nigel Maguire sidefooting a shot over the bar and Ronan Gallagher replying. Domhnaill Flynn and Shane Quinn pointed to put Mohill two clear but Declan Maxwell’s monster score and a Fee free levelled the scores.

The game developed into a tit for tat with Keith Keegan and Flynn (2) hitting points for Mohill with Fee, Evan O’Connor and John McKeon on target for Drumreilly.

Mohill opened a gap with points from Evan Harkin, Flynn and Gallagher but James Holohan saw his blistering shot skim the crossbar on its way over.

With the half almost finished, Drumreilly struck for the first goal when a free into Maxwell was prodded forward to an unmarked Dylan Maguire and despite a diving attempt to block him, he drove the ball powerfully to the net.

Fee then swept over a free to leave Drumreilly 1-8 to 0-9 ahead at the break, prompting Mohill to bring on Keith Beirne at the break. The drama got even higher seconds later when James Holohan offloaded to a charging Raymond Fee. Fee jinked one way and then the other, flirting dangerously with over carrying but his low powerful finish to the net was worthy of a great goal.

Mohill hit back with three points in just over a minute, Shane Quinn, Evan Harkin and Keith Beirne on target but they then hit a spell of a few wides before Domhnaill Flynn fired over. Two Conor Gaffney frees stretched Drumreilly's lead to three before Fiachra McGuinness saw a goal bound shot saved.

Mohill didn’t wait long for the goal as Keith Keegan charged through to fire powerfully to the net. Mohill drove home their advantage with five unanswered points from Beirne (2), Flynn (2) and Oisin Madden.

Conor Gaffney and Fee swapped points with Beirne and Alan McLoughlin but Mohill sealed the win when McLoughlin intercepted a kickout and sent the ball to the net.

To their credit and with their championship hopes seemingly disappearing in front of them, Drumreilly kept battling away and a foul on Stephen Meissner led to a penalty successfully converting by Nigel Maguire.