Rooney on the double for Manor’s first loss 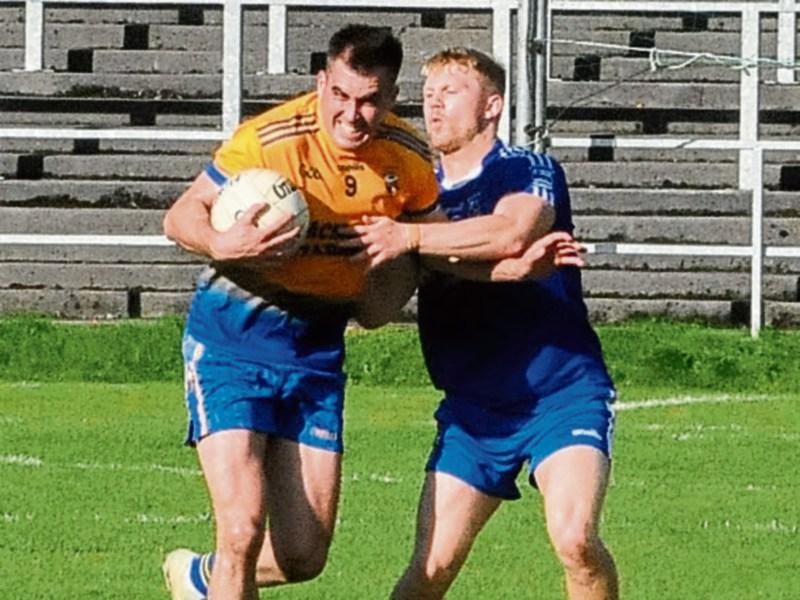 After turning in what was their best performance this year, Melvin Gaels claimed a well deserved win over their arch rivals, Glencar/Manor in a Saturday’s highly entertaining encounter in Avantcard Páirc Seán Mac Diarmada.

The Gaels handed Glencar/Manorhamilton a first championship defeat in this game. Melvin Gaels took command in the first half thanks to an 18th minute Darragh Rooney goal.

Another Rooney goal just after the break seemed to put the game beyond reach. Yet Glencar/Manor almost turned the tables on Melvin Gaels before the end.

Melvin Gaels, held scoreless for an 18 minute spell in the second half were still able to lift their game in the closing stages and snuff out the Glencar/Manor men’s resurgence with vital points from a Caolan Clancy free and from play by Rooney.

Glencar/Manorhamilton will face Allen Gaels in the quarter-finals while Melvin Gaels take on St Mary's.

Glencar/Manor grabbed the lead for only time in the game when Declan Byrne fired over a 10th minute point. The lead lasted for just four minutes with Caolan Clancy bringing it to an end when he shot over.

Emlyn Mulligan pointed and then Melvin Gaels struck for the game’s first goal three minutes later when Darragh Rooney buried the ball in the net after Michael Ferguson drove a well directed foot pass to him from midfield.

Melvin Gaels raised their game and increased their advantage with points from Brendan Brennan and Caolan Clancy converted a free. Before the break good defensive work by Fearghal Rooney andl keeper Anthony McDonald denied what seemed like a certain Rooney goal at the expenses of a ’45.’

Melvin Gaels enjoyed a 1-5 to 1-2 interval lead and stretched their advantage with a Mulligan point before Darragh Rooney fired home his second goal of the clash.

Glencar/Manor, who had been held scoreless for the first 11 minutes of the second half, responded with a determined fight back that cut back the Gaels to two with seven minutes to go.

A minute later Glencar/ Manor won a penalty when Niall Brady was tumbled in the ‘square.’ Brady stepped up and took the spot kick, which he slotted past Gareth Phelan, reducing the Gaels' lead to the minimum.

Melvin Gaels, who hadn’t scored for 18 minutes, then edged into a three point lead after Caolan Clancy tapped over a 57th minute free awarded for a foul on Liam Ryan. Almost immediately James Rooney answered with a point at the other end.

Conor Dolan reduced the gap tone when he tapped over a free, a minute later. But Darragh Rooney then made victory secure when he shot over three minutes in to injury time.