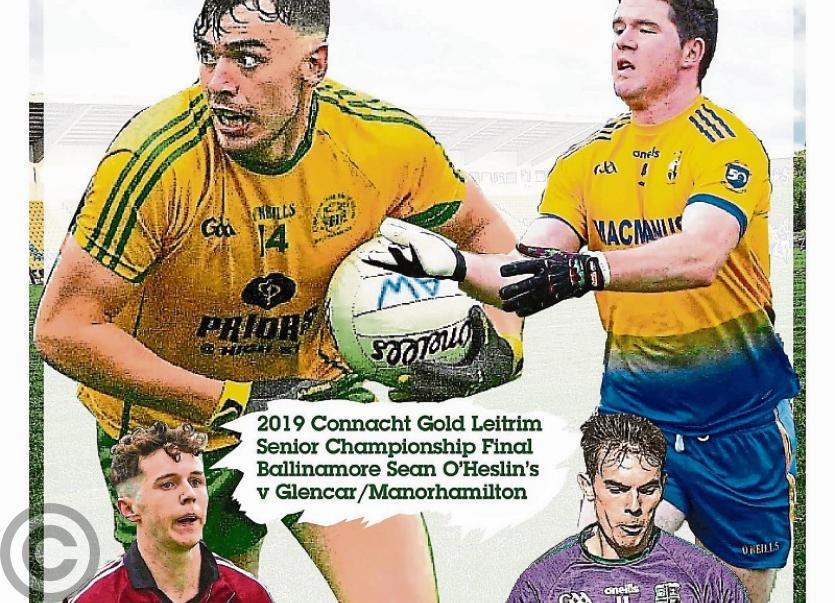 Next Sunday is D-Day for the footballers of Ballinamore Sean O'Heslin's, Glencar/ Manorhamilton, Drumkeerin and Leitrim Gaels as they chase glory in the Leitrim Club championship finals.

It is also a massive day for St Joseph's Ladies who contest the Connacht Ladies Intermediate Club Championship Final against St Nathy's of Sligo in Ballyhaunis (3pm throw-in).

It means an unfortunate clash of games, certainly not a help to local media, with the Smith Monumentals IFC Final between Drumkeerin and Leitrim Gaels starting the day off at 1 pm in Avantcard Pairc Sean Mac Diarmada.

Ballinamore Sean O'Heslin's will attempt to win the Fenagh Cup for the first time since 1990 but Glencar/ Manorhamilton will be eager to end an eight year gap without the trophy in the Connacht Gold SFC Final (3 pm).

On Saturday, Drumreilly and Ballinaglera will battle it out for the Dunnes Bar Division 2 title but the spotlight is very much on Sunday's games.