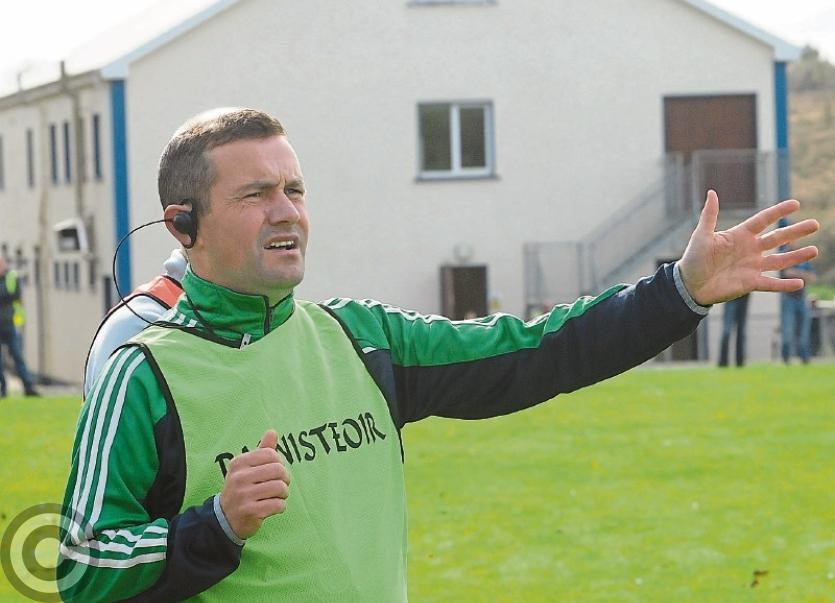 Having seen his St Joseph’s team overcome the challenge presented by Kilglass Gaels to advance to the Connacht Ladies Intermediate Championship final Ray McBrien was full of praise for his players but was equally generous in his praise of the defeated opponents as he reflected on a frenetic encounter.

“It was a tough game, they are a decent team,” was Ray’s initial assessment when asked for his thoughts on the game.

Elaborating further Ray said: “I know they are intermediate in Roscommon but they are a very good team. They ran through us, hand passing the ball most of the time and we couldn’t deal with it to be honest with you and we are glad to get out of it and glad to hear the final whistle at the end.”

On their way to securing a fifth successive All-Ireland title, Jim Gavin’s Dublin team became feared throughout the land with their ability to put teams to bed with a devastating third quarter display.

This was something that St Joseph’s replicated but Ray was still left frustrated by a number of missed goal chances that could ultimately have left the door open for Kilglass to sneak an unlikely victory.

“We dominated the second half for the first 15 minutes and we took some great scores. If we had scored the goal chances we had in both halves, it would have been a different story but that is the way it goes. They got their goals, we missed ours and we were glad to get out of jail in the end.”

Another significant factor in the game was the yellow cards that played a crucial role in the momentum swinging to St Joseph’s at the start of the second half and then back towards Kilglass for the closing exchanges with Ray insisting, “The yellow cards in ladies football are always going to make a difference.”

The St Joseph’s manager added: “They had a yellow card for a high tackle and we dominated then and then all of a sudden we had two yellows. We thought they were harsh enough but he was going by the letter of the law. They got back in the game because of that and they could have snuck it in the end.”

Leading by 11 points with eight minutes remaining many in Carrigallen last Sunday afternoon would have been forgiven for thinking the result was in the bag but Ray has been watching ladies football for too long to make any such assumptions.

“People on the line were saying the game is over but ladies football is never over,” Ray insisted.

“If you are 10 points up with two minutes left you can relax but there could be three goals in two minutes so I for one did not take it for granted that the game was over even when we were 11 points up. We didn’t expect to pull away and win by 17 or 18, no way.”

The result was as much down to hard work as it was a result of excellent football with Ray revealing it was a very different game to the victory over Mayo side Kilmoremoy.

“We put a great effort in today, we had to work really hard. We said at half time that we weren’t going to play extraordinary football today but in the second half we worked hard and we ground out a win, more so than last week.

“We went over to Mayo last week and played brilliant football and beat a very good team. Today was different, it was probably a heavier pitch and a team that defended really well. They put their lives on the line for the game.

The restructuring of the Connacht Club Championship has been a revelation with the Leitrim Senior champions now entering the Interemediate provincial competition meaning they avoid the type of heavy defeats that had become the norm and do nothing for promoting the game.

“We were just glad after the county final to beat Manor and everything after that was a bonus. We didn’t know what to expect last week and going into next week we are looking forward to it

“I think it is brilliant, because in other years we would have faced the Mayo champions, Carnacon and it would be cricket scores, it is far better this way. It at least gives us a chance to be competitive. We knew last week going over to Mayo that we would be competitive whether we won or lost the game so that is great for the likes of us and the Sligo senior champions, they are in the same position that we are in.

“I think it is very fair and gives us a chance of going out of Leitrim and having some sort of chance in Connacht.”