Who will add another chapter to rich history? 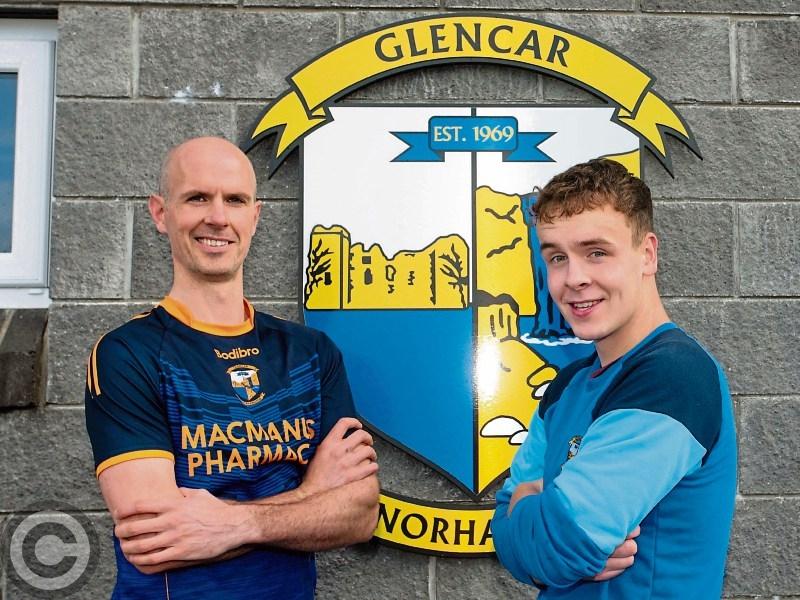 After eleven weeks and 39 games (38 of which were played) among the county’s 12 senior teams there is just one question remaining regarding this year’s Connacht Gold Leitrim Senior Football Championship and that is will it be Conor Dolan or Shane Moran who is lifting the Fenagh Cup on Sunday afternoon.

The meeting of Glencar/Manorhamilton and Ballinamore Sean O’Heslin’s is one that has captured the imagination of football fans all over the county, but especially in these two football hotbeds.

For Glencar/Manor it is a tenth final since 1999, a truly astonishing display of consistency but in Manorhamilton they know better than anywhere that finals are for winning.

Since their last senior triumph in 2011 they have lost four finals. A generation of talented players have amassed incredible hauls of medals but many are in the position of having lost as many finals as they have won. While many of the current team were watching from the sidelines and the stands during the golden years that saw them win four successive finals between 2008 and 2011, the team is experienced in all areas of the pitch.

The likes of Brian, Thomas and Antony McDonald, Darren, James Glancy, Adrian Croal and Paddy Maguire have seen and done it all before while Pat Gilmartin is preparing for yet another final, all of 21 years after he first togged out for a senior decider in 1999.

While plenty of the names and faces have remained the same, the team has continually evolved. Younger players have been introduced to supplement the experience of the more senior players. Team captain Conor Dolan is one of those who does not have a senior winner's medal to his name but he has been in exceptional form throughout the summer and into the autumn as Manor look to regain the senior crown.

The experience within the Manorhamilton ranks is such that 13 of the matchday panel for their semi-final victory over Melvin Gaels has represented Leitrim at senior level.

Ballinamore Sean O'Heslins may be the most successful team in Leitrim club football with 20 senior championship titles to their name, but they have had to endure a lengthy famine as their wait to lift the Fenagh Cup now stretches to 29 years. The last final they contested was in 1998, the year before Pat Gilmartin togged out for the first of his senior finals!

Ballinamore have been awesome at times on their march to this year's final and no doubt the long wait for senior glory has intensified the hunger in the town.

The Sean O'Heslin's footballers have known tough times in recent years. Relegation from the senior championship resulted in four years spent at intermediate level while there was also the heartbreak of defeat at the hands of Dromahair in the 2014 final and Melvin Gaels in the 2015 decider before getting the better of Drumkeerin in 2016 to retake their place at the top table.

Interestingly, even after years operating at a lower level, within minutes of securing their return to the senior championship team captain that day, Wayne McKeon had already set his sights on claiming a 21st senior title for Ballinamore.

“We want to put our stamp on the senior championship and do what Melvin Gaels did a few years ago,” said Wayne when referring to how Melvin Gaels won intermediate and senior championships in successive years. It may not have unfolded a year later as Ballinamore would have liked but anyone who has seen them in action this year will know how good they are.

They have a great balance of youth and experience and are an incredibly fit side with an ability to put up huge scores. The McGovern brothers, Barry, Niall and Dean; Shane Moran, Luke Murphy and Tom Prior will take plenty of watching in what promises to be an intriguing and absorbing encounter.

For one of these sides Sunday will be another day to go down in the annals of their respective clubs but at the moment it is very difficult to call who will be celebrating on Sunday evening and who will be looking back on what might have been.