Strange that we’ve been written off 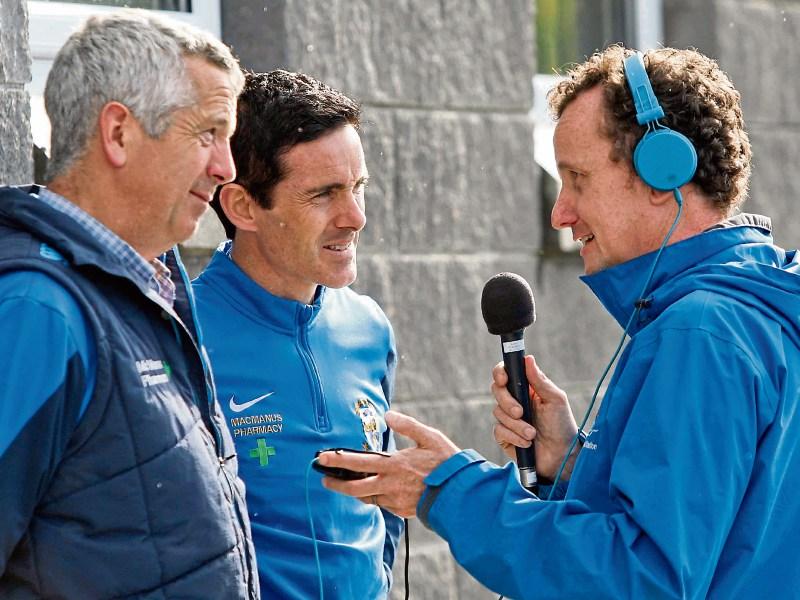 It is a measure of the belief Shane Ward has in his team heading into next Sunday’s Connacht Gold SFC Final that he expresses his amazement that they have been written off so often.

Joint manager with Kieran Fox, it is a remarkable record of consistency and excellence and prompts Shane’s observation about Glencar/Manorhamilton being written off.

“A very good record for the club and for the players as well. I’ve found it strange since I’ve taken over that they have been written off a number of times but it has helped from a motivational point of view that they have been written off because they are a very resilient group, they’ve been at the top table for ten or 12 years which is to be respected.”

Manor’s hard won experience should be an asset next Sunday: “It should be a help, they’ve been here before, they know what to expect and know how to plan for it. That doesn’t necessarily say it will give them the upper hand next Sunday because every game is different but it will certainly help them in the week before to get the routine going.”

There is no doubt that there is lots of anticipation in the club for this final, particularly as the club celebrated their 50th anniversary in August: “We’re looking forward to the final, I suppose in the club’s 50th year, it is nice to be back in the County Final.

“It has been a good year for the club. There has been a lot of buzz around and it has given the club momentum, both male and female teams have gone reasonably well so it definitely has had an impact.”

Manor are a nice blend of youth and experience which pleases Shane: “There has been a small transition with a number of key players being introduced to the fold but it is important to keep the older, more experienced players there to help that transition along and I think we’ve got the recipe right this year.”

When it comes to Ballinamore, Shane emphasised he will be concentrating on his team: “They are a good team and it is great to see a lot of talk about Ballinamore. They have been going well this year in their League campaign and we’re looking forward to testing them in the championship.

The joint manager acknowledges that Manor are renowned for their forward unit but insists their team is built around a whole team effort: “We’ve got a good forward unit and I suppose a good team ethic, boys putting the ball into them, we’ve worked on that a lot this year and we’ve a good team around the field.

“The forwards get the opportunity to take the scores. I suppose it is going to be a shootout between power and ball carrying and good open play football and taking our scores from distance.”

As for his final thoughts, Shane exudes relaxed confidence: “Reasonably confident, as confident as we would be going into any game. I very much see it as down to the players themselves and down to the team.

“If you control your own controllables on the day, you put yourself in a position to win the game. I haven’t come away from a game yet that we’ve lost where I’ve thought the opposition was much better, I’ve always thought that we could have done better in different areas of the field.

“That is the way we approach it, it is what your team can do for you and what you can do for your team and if we get most of our things right, we’ll be in a position to win the game.”