Taking it one game at a time: Connacht Gold Leitrim SFC Final between Glencar/Manorhamilton and Ballinamore Sean O’Heslin preview 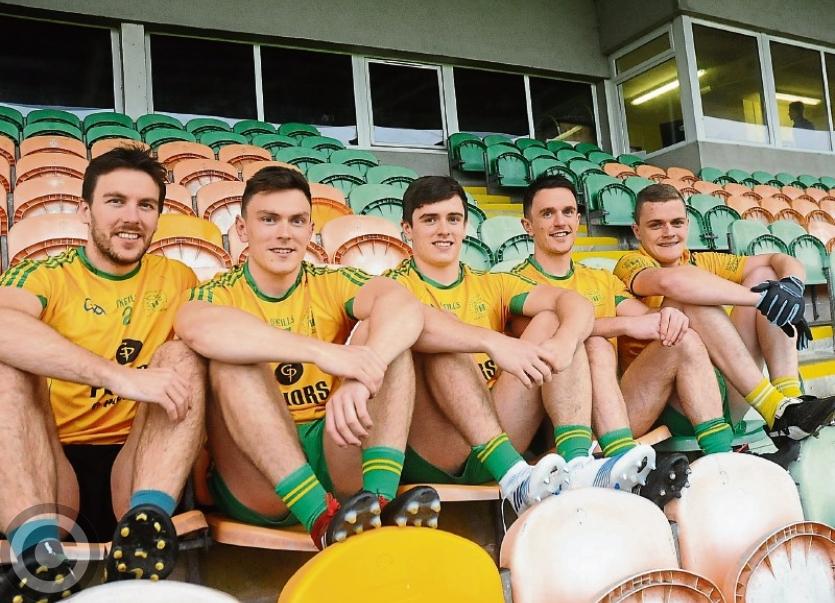 Every player has to deal with injury at some time or another but when it is persistent and prolonged and debilitating, injuries can be soul destroying.

It is a facet of the game that Matthew Murphy is all too familiar with and why he takes it one game at a time, even if it is a Senior Championship Final.

The former Leitrim corner-back sat down to chat Ballinamore, County Finals and what it means to a community but it strikes home that a player just 27 years old has to adopt a one-game-at-time approach to his sporting life.

“The way I look at it now, because I’ve had so many injuries over the years, any time I come off the field healthy and fit, I take that as a good day,” says Matthew matter of factly, “It is only a game of football at the end of the day, it is a hobby we all do and we all love.”

It sounds like an easy thing to say but to get to the stage where a player has to adopt that as his philosophy means an awful lot of hardship, Matthew admitting there were some “dark enough times” but he is close to achieving a goal that didn’t seem possible a short time ago.

“It is great to be able to have something to drive towards but with my luck with injuries, one of my goals was to play every game this year without injury. Touch wood, I’ve played every game so far and it has been a successful year for me.”

Now don’t get the notion that Matthew is feeling sorry for himself, far from it as he is relishing the opportunity to play in the County Final: “Massively looking forward to it, first time in 21 years we’ve got to a final. I’m 27 now, getting on, elder statesman. This will be the tenth year playing senior football.

“First year, I think we got beaten by Manor in the semi-final so I’m well acquainted with Manor at this stage. I didn’t think it would take ten years to get to a Senior Final but we’re there now.”

Ballinamore’s history is important to the Murphy family and while it is something to inspire, focus has to be kept on the here and now: “The history is always there, it is very important. My father has how many Senior championships that he has and you always hear about it from that side.

“But you need to block that out because we are a new team creating our own history I suppose. From that perspective, it is important to remember but not get too carried away and focus on our own game and your own performance.”

The impact of Dominic Corrigan on Ballinamore’s fortunes is clearly evident - a first Senior final in 21 years and Matthew believes that O’Heslin’s are coming to the boil at just the right time: “Dominic is very good but we’re lucky enough we have the same group of players for a number of years and I think maturity definitely comes into it, this year we just have our heads screwed on, everybody put their shoulder to the wheel and drove on.

“Dominic has made a big change, he is very good at what he does. He brings a good professional attitude and from that perspective, he’s been a real plus.”

But the biggest change is the whole ethos of the club and community in driving Ballinamore forward: “We’re family, it is the whole team, town, everything, we are all in it together. It is your Mam cooking food for us at the weekends and washing clothes so it all comes into it.”

On Sunday, Matthew and his team-mates come up against the modern day kingpins of Leitrim football in Glencar/Manorhamilton: “I’d say they are the most consistent club team in Leitrim, they’ve been in eight finals in 12 years which is amazing.

“They’ve really set the bar for all of us to aspire to. They are there on merit, we have big respect for Manor and we hope that we’re there or thereabouts next weekend.”

A corner-back by nature, Matthew doesn’t believe his position is any tougher than any other but agrees that, like a goalkeeper, mistakes are magnified: “A lot of people don’t have time for corner-backs, it is not that glamorous a position. If you make a mistake out the field, it is fine but you make a mistake in the full-back line, it’s a goal.”

“There is definitely pressure but there is pressure in every position on the field. It is something you relish, that is why you play football to come up against the best players on the other team and coming out the right side, hopefully, most of the time. That’s why your playing football, it is a challenge and it is something I enjoy doing.”

As for this coming Sunday, Matthew is keeping it simple: “Every game we’ve gone out this year we’ve gone out to put in a performance first and then out to win. We’re just trying to treat this game the same as every other one, get a performance and hopefully then the result will take care of itself.”