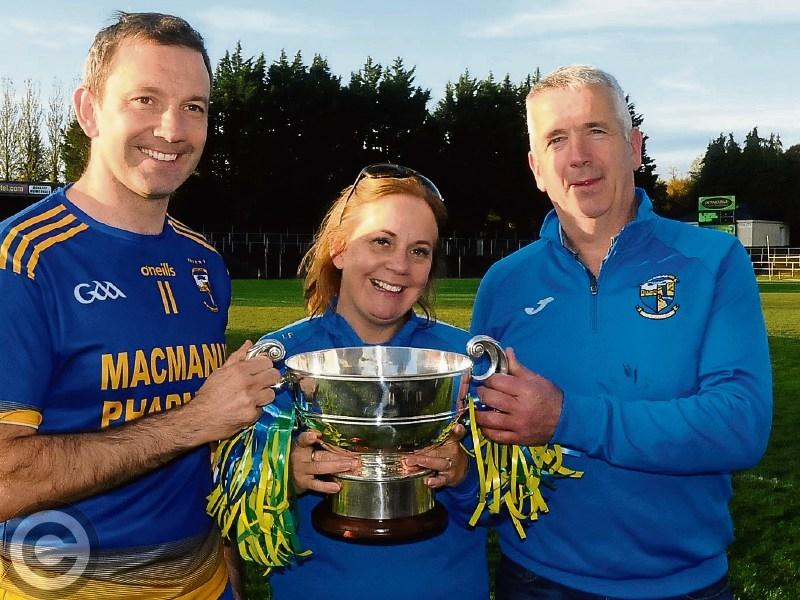 Glencar/ Manorhamilton GAA club can have had few better servants that Kieran Fox over the years and it was the club that first and foremost in his thoughts after Sunday’s dramatic win over Ballinamore Sean O’Heslin’s.

With the club celebrating its 50th anniversary this year, Kieran insisted that winning the title meant more for the club that any personal accolades: “The primary focus is the club and winning today does make it extra special, the 50th anniversary, the amount of work that has been put into it.

“The ladies lost three weeks ago by three points, next Saturday, the hurlers are out in the Senior final, the following weekend is the Junior A Final, the weekend after that the Junior Bs. It is all about the Club, the family, it is all one big family but this is the one we longed for and badly needed.”

The future of the club is bright according to Kieran, even if some of their legendary stars decide to step away: “We have lots of young lads coming up and coming on but especially for three or four lads who have played so much football over the last 20 years, it is for them that we won today.

The new champions obviously had their homework done on Ballinamore’s strengths but Kieran downplayed the moves made by the Manor management early in the game to counter a rampant O’Heslin’s.

“That’s our job, to keep an eye on things. We knew that Ballinamore would come but to be honest with you, our plan was to prevent Ballinamore from scoring a goal and we knew that we’d be there or thereabouts.

“Most of the games Ballinamore have won, they scored goals. We knew they’d come, we knew they’d hit us hard but our lads are mature, we made a few switches and we came back from it.”