LEITRIM GAELS MAL GUCKIAN: A dream result when you get the result 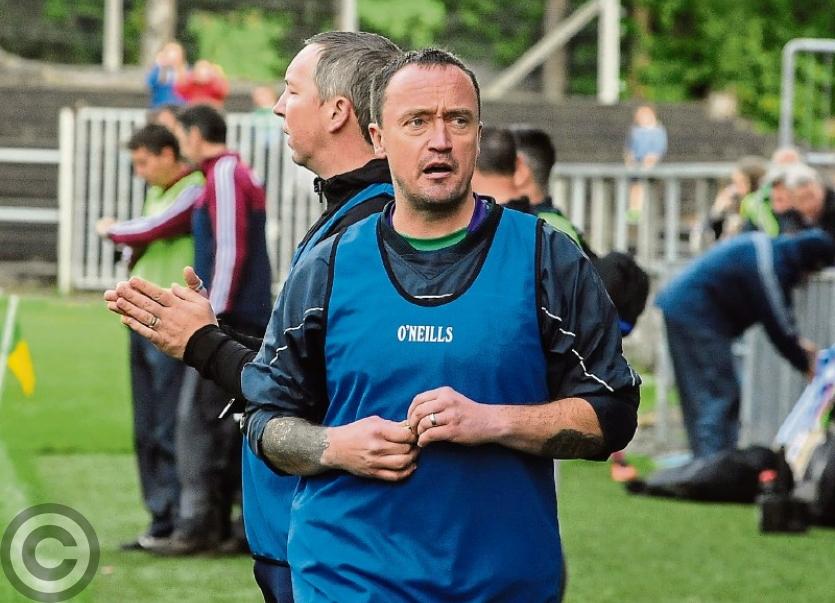 Some may have accused him of playing mind games last week when he predicted a close run Smith Monumentals Intermediate Championship Final but Mal Guckian was a relieved and happy man last Sunday evening.

After so many years of trying to win the Intermediate title, his answer to the first question asked reflected Mal’s pragmatic and grounded approach to the entire campaign.

“It is everything you dream of when you get the right result. It was a total battle, I said it would be a tough battle and we knew Drumkeerin would give it everything. The goal came at the right time and gave us the foundation.

“Drumkeerin threw everything at us but the one thing I told the lads in the last few weeks, apart from the trust I had in them and the lads who came off the bench, was to work hard and slog out games - I think it was evident to see there today.”

Jack Flynn’s goal proved crucial and Mal agreed it gave Leitrim Gaels a cushion at the break: “We started well and then we started to slow down the ball and movement through a very well organised Drumkeerin defence.

“We had a couple of wides on top that, we should have been calmer and there was a long period in the first half when we didn’t pick up any scores. That gave Drumkeerin a basis to come back and they did but lucky enough, that goal came at the right time at the end of the first half.”

Even when Leitrim Gaels stretched their lead out to six points, Mal refused to relax: “Drumkeerin kept coming, especially in the last five ten minutes, they kept pushing up the field. They are a very well drilled team, they can slog it out, they know how to defend well in numbers and they break very fast.

“We knew they had to chase the game and they were chasing it. I was just trying to get our lads to keep a balance on the pitch, not to get too sucked into it but we got there in the end.”

Leitrim Gaels were not without their own struggles according to Mal: “There were probably four or five lads out there with nice decent niggles and injuries on them that played today. We were trying to keep them under wraps all week and get them in as best a condition to get them out playing there today which the physios did.

“I think if lads had no heads on their bodies, they would have still played here today, it wouldn’t stop them.”

But for Mal, Sunday was a day to savour: “It is savage. John, you’ve been writing about the club a long time now, you know where we were ten years ago, down around the bottom of the Divisions, Junior B Championship.

“You don’t always get rewarded for the work you put in, I know we’ve been there or there abouts the last few years but to get over the line, to get up to the Senior Championship is a massive step for us. When you get up there, you want to stay up there.

“We’ll enjoy the day, the week, the whole lot. We have the Connacht Club in three weeks time but these lads or whoever is there will be totally focussed on next year.”