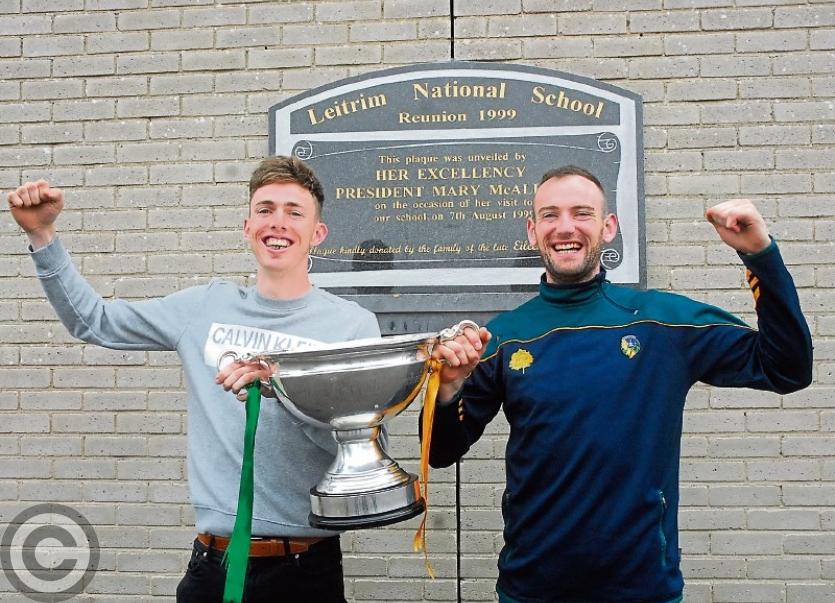 After their heroics during the Summer in winning the Lory Meagher Cup for the first time, five Leitrim hurlers have received the equivalent of an All-Star having been named on the GAA's Lory Meagher Cup Champions 15.

Cluainin's Gavin O'Hagan has been named on the Lory Meagher Champions 15 alongside Carrick Hurling Club's James Glancy, Declan Molloy and brothers Enda & Liam Moreton and all five will receive their awards as part of the PwC All-Stars event in Dublin’s Convention Centre on Friday, November 1.

This is the first year that a selection of 45 players has been chosen from the Ring, Rackard and Meagher competitions. The new selection process has introduced player and coach feedback and has been finalised by an independent selection committee of journalists and referees.

However, the good news was preceded by Carrick Hurling manager Olcan Conway slamming the decision to schedule the Dunnes Bar Division 1 Final involving St Mary's and Mohill for next Saturday with Carrick opening the defence of their Connacht Club title on Monday against Sligo's Naomh Eoin.

Terming the decision to fix the final just 48 hours before Carrick take on the Sligo champions, Olcan described the move as “nothing short of a disgrace” and added “I ask a very simple question - would the Manorhamilton senior football players as County Champions be asked to do this? Would Leitrim Gaels Intermediate Champions be asked to do this? So why are Carrick Hurling not afforded the same opportunities to defend their Connacht title?”

St Mary's take on Mohill in the Dunnes Bar Division 1 Final on Saturday in Avantcard Pairc Sean Mac Diarmada after the Mohill men pipped Ballinamore Sean O'Heslin's by a point in their final game last Sunday. A draw would have seen Ballinamore into the final.