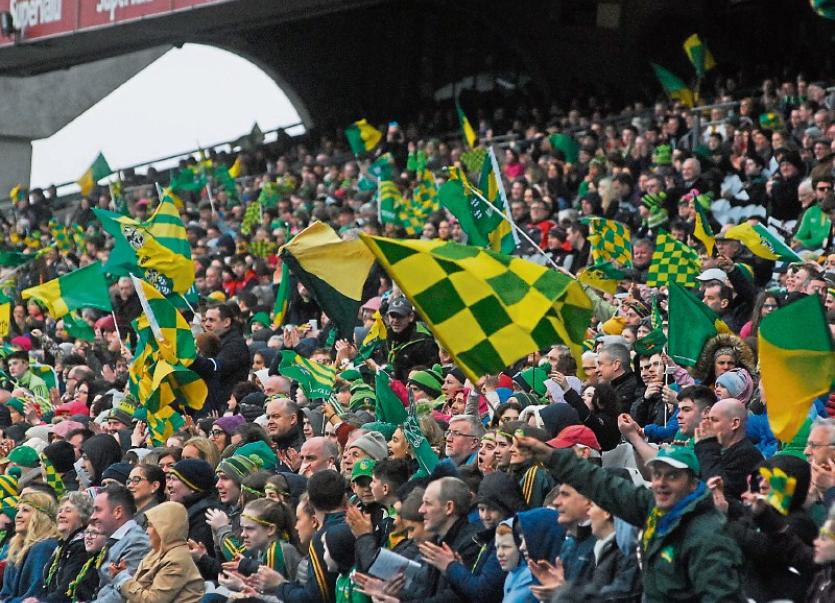 Leitrim's appearance in this year's Allianz NFL Division 4 Final shows what a proper tier competition can do for a county Picture: Willie Donnellan

After much debate and discussion the decision was taken last Saturday to introduce a two tier championship from next year for the All-Ireland football series and it seems that the logical decision has been reached.

The motion was passed by Special Congress in Páirc Uí Chaoimh with a commanding 75.5% of delegates in favour of the motion put forward by Central Council.

Anyone who has been watching the All-Ireland series closely in recent years, or even those who have been casually watching from a distance will be aware of the need for change. While there is an argument that the smaller counties deserve the opportunity to compete for the Sam Maguire Cup, it is worth remembering, that opportunity still exists.

The dream of reliving the exploits of 1994 is still very much alive. In any given year, if Leitrim, Carlow, Wicklow, Waterford or any of the other perceived 'weaker' counties belive they are good enough, competitive enough and organised enough, there is no reason why they can't fulfil their ambitions of competing in the top tier.

For Leitrim to compete in the top tier of the All-Ireland series, they will need to either gain promotion from Division 3 or reach the Connacht final. Of course, achieving either of those objectives won't be easy, but that is not necessarily a bad thing.

If Leitrim were to reach a Connacht final, they will more than likely have to beat two Division one teams and another one would probably be their opponent in the final. Having competed for so long in Division 4, the transition to Division 3 next year will be tough, so it goes without saying that beating two Division one teams in successive games is a huge ask for a team operating at a lower level.

However, therein lies the beauty of sport. While Leitrim have endured more than their fair share of barren years, there is every reason to hope and believe that the counties fortunes can be improved upon but there remains plenty of obstacles that stand in the way.

The recent club championships arguably dragged on too long but over the course of the late summer and autumn months there were some excellent displays from individuals who have shone in the Leitrim jersey and those who may do just that in the years to come. There is talent in the county but the difficulties faced by the county management are in many ways a reflection of the challenges Leitrim faces as a county.

If the best players were always at the disposal of the inter-county manager it is fair to say that the teams fortunes would have a significant chance of improving but the day to day realities of life mean that isn't always possible.

The finer details of the two-tier championship have still be finalised but as Leitrim County Board PRO Declan Bohan said when speaking in favour of the proposal last week on 2FM, it is vital the new competition is taken seriously.

A win over Clare, in Ennis, in the height of summer should be remembered as a memorable victory but the fact that it was played in front of a paltry crowd in an environment of general apathy means the players didn't truly get the respect their four point win deserved.

Clare's qualifier visit to Carrick-on-Shannon this summer didn't create many national headlines either, but the banner county treated the game very differently to the clash in 2008 and were comfortable winners.

Two years prior to victory in Ennis, Leitrim were defeated by Louth in the Tommy Murphy Cup final, a day that some who played in Green & Gold that day have recalled as their fondest memory in a Leitrim jersey.