Doing things properly has to be the focus 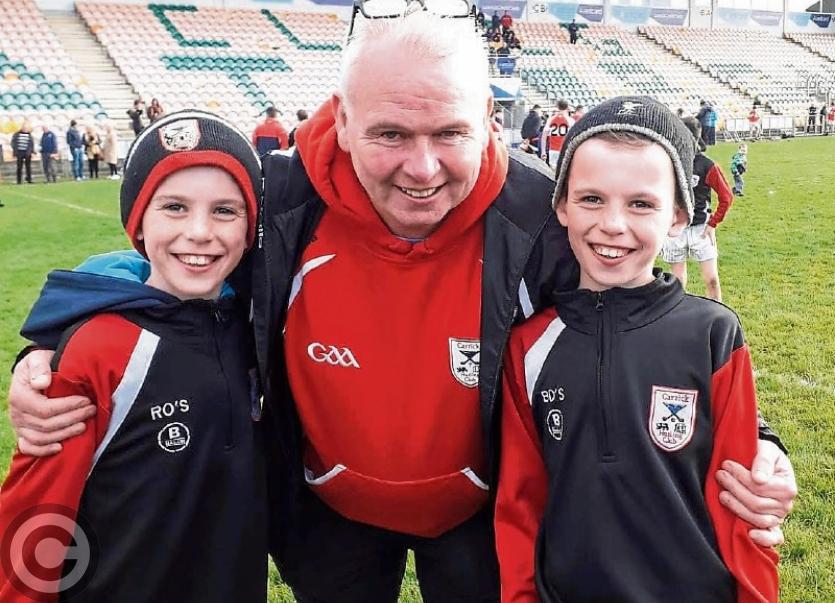 Congratulations to both Glencar Manorhamilton and Leitrim Gaels on their senior and intermediate football county titles. Both wins were considerable achievements but for very different reasons.

Glencar Manorhamilton has been the most consistent club in Leitrim for 20 years. Maintaining such levels - across all grades it should be noted, no singular focus on the senior squad - is phenomenal. Their accumulation of silverware is just rewards.

But a club is about much more than winning and silverware. Such rewards can and will come when everything else is in place, but it should not be your focus. Doing things right should be, and when you look at the connection between club and place, between teams and supporters, Glencar/Manor’s success is built on more solid foundations than those offered by the mere pursuit of winning.

Many of the Manor lads who took to the steps of the stand in Pairc Sean with their captain Conor Dolan to collect the Fenagh Cup had experienced considerable heartbreak both on and off the field of play since their last senior victory in 2011. If winning was all that mattered to them, the likelihood is that some of them may have stepped away. Instead, they knew they were part of something bigger. As a result, a player of the calibre of Pat Gilmartin was still available to the management team for selection in the county final.

Prior to our semi-final with our northern neighbours, a lad from home put a message on a Whatsapp group inquiring after Pat’s date of birth. The suggestion was he was over the hill. I figured that Pat was still on top of that hill. Knowing the calibre of the man, Pat would never make himself available for selection were he not sure he could do better what was being asked of him than anyone else on the squad. He delivered. As expected.

It’s a wonderful way for Pat to hang up his (senior) boots and to get to spend a few more evenings and well-earned weekends with his wife Eimear and his children Caoimhin, Odhran, and Bláithín.

Manor now need to benchmark themselves against the best in Connacht. That is where their next test lies. It is up to all other clubs in Leitrim to start emulating their set-up from nursery level upwards. Manor need clubs pushing them to the brink to raise the overall quality of senior football in Leitrim. Aughawillan, Mohill, and now Ballinamore have proven themselves capable of that in a given year. We need others to do the same every year.

Leitrim Gaels will be one of the clubs to push Manor in the coming years. Their ascent to senior championship grade, as the youngest club in the county, has been meteoric. I’ll be honest, I’m not overly familiar with the club and haven’t seen them in action much in recent years. But I got to speak with their captain Aidan Flynn while in New York two years ago and was very impressed by the calibre of that young man.

I’m also aware of the long-term approach taken by the club chairperson Mark Chandler and his executive to developing players. I read last year with great interest and admiration their long-term player development pathway strategy.

It was based on well-established fundamental principles designed to first imbue in young players the fun that should underpin all play before turning attention to learning to train, training to compete, training to win, and finally, underlining all this, the retention of players and coaches. Other clubs in the county would do well to read Leitrim Gaels player pathway and replicate it.

Congratulations also to Carrick Hurling club on the retention of their county title after an extra-time classic against Cluainin last Saturday. I was driving back from visiting the Killeagh Healthy Club Cork and it was great to hear the updates of the match on RTE radio. It’s not surprising considering my comments above on the Glencar Manor club that their hurling wing provided the opposition in the county final, pushing the reigning Connacht Junior champions to the pin of their collar.

I will touch on the topic of the Tier 2 football championship in my next column and what that means for Leitrim and the Association as a whole. My old Leitrim team mate Dermot Reynolds and I differ on the debate – Dermot being hell bent against the notion while I am in favour. He’s been breaking my heart these past few weeks sending lengthy missives to my phone outlining his impassioned belief that it will signal a death-knoll of the smaller county. I’ve told him he’ll have to buy the Observer to read my full response as to why I don’t believe that to be the case.