Everyone was a winner today says Cluainin's Mark Boyle 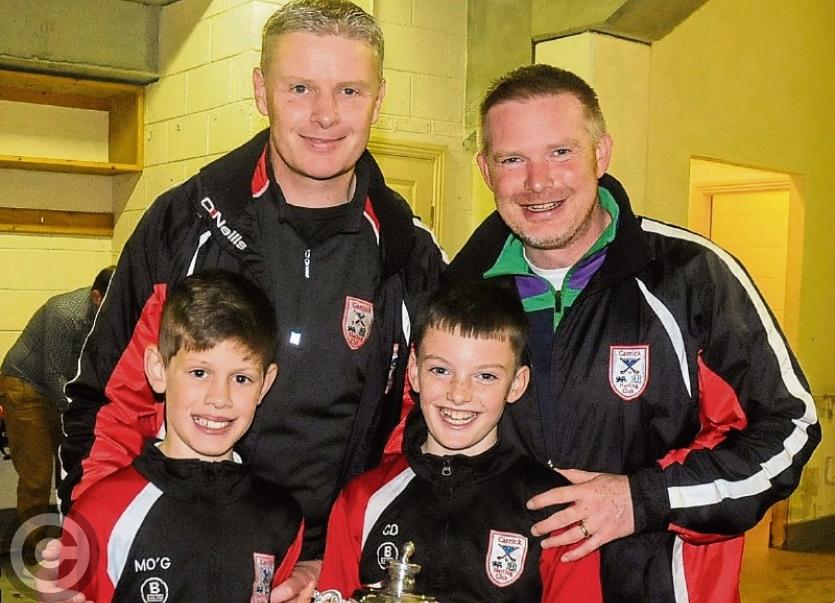 Despite the disappointment of defeat, Cluainín Iomáint selector Mark Boyle stressed that hurling in the Leitrim was the real winner after an exciting County Senior Hurling championship Final.

“I am very proud of our squad of lads,” Mark told the Observer, “They put in a Trojan effort. Everyone was a winner with the standard of the hurling. It was exceptional and they have done Leitrim hurling proud.

“Unfortunately it wasn’t our day. I think we were three points up at one stage towards the end of the second half and I thought if we could push on (a win was likely). But it is just the little small breaks, the small inches; they decide theses games.”

Mark pointed to Carrick’s experience as a crucial factor: “You have to give credit to Carrick; they never dropped their heads. The experience told; they were able to dig out a draw and make it to extra time.

“When we went into the dressing room we talked about how important the first few minutes of extra time would be, and whoever was going to get the early scores was going to dictate the destiny of the match. And unfortunately it wasn’t us. We came up that little bit short in the end.”

Mark described the game as “tit for tat” - “ There was only going to be a goal and unfortunately we didn’t get it. The lads kept going until the end. We had a free at the end (which Gavin O’Hagan drove over) and it could have dropped under the bar (with just three points between the sides).

“It has been a good year. We are still in the Longford & Leitrim League tournament and I think we are in a semi-final. We still have got games to play. At underage we won the Táin Óg this year.

“We’ve had lads on the Leitrim (Lory Meagher Cup) panel. It has been a great year for Leitrim hurling. It was an exceptional county final and an exceptional standard of hurling; great scores.

“I hope we can push on again. Every year we have to keep going – to keep going to the well – and hopefully it (success) will come to us.”

Man of the match James Glancy also highlighted just how close the game was: “That was the only thing that was going to separate us – whether it was Manorhamilton or us got the goal. That’s what it came down to and thankfully it was us.”