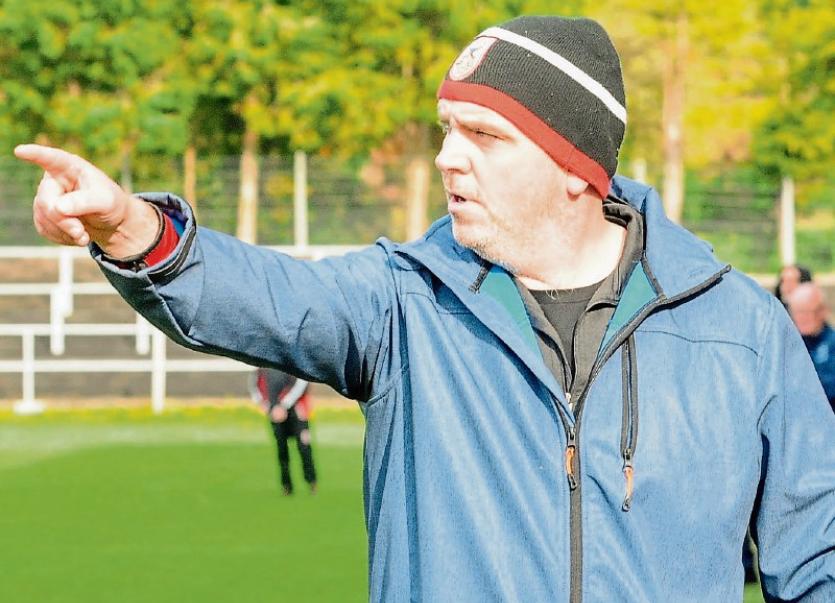 Relief and joy were the main emotions from the Carrick camp last Saturday evening as they celebrated retaining the Stephen Dorrigan Cup.

Carrick manager Olcan Conway was delighted but expected nothing less than the battle Cluainin brought in the final: “we knew it was coming. Manorhamilton have been setting their sights on us now for quite a few months. They played very well today and put us to the pin of our collar.

“Thankfully the lads stepped up and fought to the very end and just got over the line. We are grateful to get over the line because Manorhamilton are a superb hurling team; very committed and always very hard to beat at anytime during the year.”

The Carrick manager believes that his side would have always kept battling irrespective of what pressure they had to withstand from their opponents: “The big thing is to stick in there; to keep fighting; to keep working hard and hopefully you get your rewards after a period of time.

“We kept gifting a lot of soft handy frees. You can’t give Gavin O’Hagan frees as he would put them over all day with his eyes closed. Thankfully we kept the scoreboard ticking over ourselves and kept with them.

On his team’s preparation for the final Olcan Conway explained “Coming into the game we talked about it all week – I and the management team. We have a great bunch of lads that can make an impact off the bench.

“We knew it was going to be a tight tough affair and that subs coming on we hoped would make a difference. And they did. In fairness the fresh legs and the attitude of the subs that came in turned the tide for us. The bench today made a huge difference for us.

“A lot of the lads had the spadework done and then some of the lads who came in put the shoulder to the wheel.”

Captain Cathal McCrann was delighted to lift the Cup named in honour of an old friend: “To get a chance to lift that trophy, especially after Stephen (Dorrigan) was a nice touch and I am very happy.

“I'm very happy. It was a titanic battle and physical battle but we came out with the right score at the end.

“The result is everything. We don’t do it easy, Manor was throwing a lot at us but there is great character in this team. We were only a point behind at halftime. We were disappointed with the way we played.

“But we weren’t allowed to play to some extent. However when we got going and we got momentum, we really pushed on. We missed a penalty but then we tagged on three points and momentum really swung with us and we moved on from there.”

Commenting on the closing stages of the second half and extra time Cathal described Carrick as “the team that was behind for the whole game but when they got the draw at the end, momentum was with us. We were in a good place in extra time.”

Man of the match James Glancy also cut a relieved figure to come away with the victory: “We are just delighted to come out on the right side of it at the end of the day. It was a good tough game – two decent sides – it was right down to the wire. It was a good county final – no more than the county football final was last week. It was a close high scoring county final.

“It was great to come out on top in the end. There was nothing in it for a lot of it.”