Ballinamore miss out on League Final by a point! 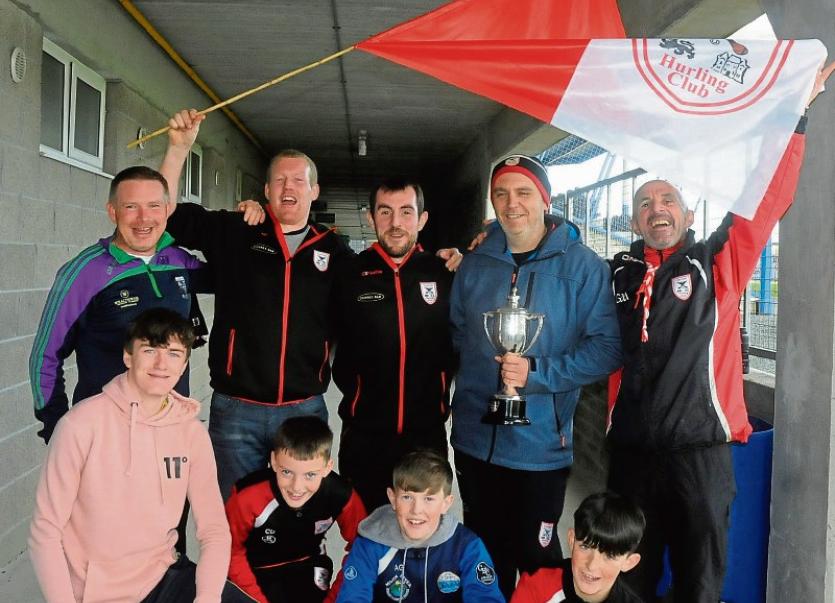 St Mary's Kiltoghert were probably the biggest winners of the weekend and they didn't even kick a ball. But Mohill's victory over Ballinamore Sean O'Heslin's in the Dunnes Bar Division 1 League means that Mohill will face the Carrick men in the Division 1 Final.

Saturday's clash between Mohill and St Mary's looked unlikely as all Ballinamore needed was a draw and coming off the back of their County Final loss to Glencar/ Manorhamilton, many expected they would prove too strong for a Mohill team they defeated in the championship semi-finals.

However, Mohill gained a large slice of revenge courtesy of a 1-8 to 1-7 victory that knocked Ballinamore out of the League final and leaves Mohill facing St Mary's in Saturday's Final which has a 3pm throw-in in Avantcard Pairc Sean Mac Diarmada.

O'Heslin's reportedly had a number of chances from placed balls to force the draw that would have seen them quality for the final but the missed frees meant they finished level on points in the final table with St Mary's claiming the place in by final by virtue of the head to head result between the teams that saw St Mary's win by a point!

Mohill will probably start as slight favourites given that they were in championship action for longer than the Carrick men and getting through last Sunday's match with Ballinamore will do wonders for their match sharpness.

The two teams met in the first round of the league with two Mohill goals the decisive factor in a 2-15 to 0-15 victory and you have to think that Mohill will repeat the trick next Saturday.

The timing of Saturday's Final has not met with universal approval with Carrick Hurling manager Olcan Conway slamming the decision to play the final ahead of Monday's Connacht Junior Club Championship Semi-Final against Naomh Eoin of Sligo.

In a blistering letter to the Competitions Control Committee, Conway wrote “The CCC decision to play the League Final less than 48 hours before Carrick Hurling's Connacht semi final is nothing short of a disgrace. The lack of respect shown to dual players and their welfare astonishes me.

“To single one person out for example - James Glancy, someone who has served his county in both hurling and football, someone who has been a St. Mary's footballer and a Carrick Hurler his whole life. He is being asked to play a League Final and a Connacht Semi Final in less than 48 hours is a joke.

“Could someone please have a look at this because to the best of my knowledge there is absolutely nothing on the following weekend for these teams.”

Carrick's hopes of retaining their title will suffer due to injury to Diarmuid Kelleher and the absence of Conor Beirne through work as their resources will be severely tested. With Leitrim Gaels also focussed on Connacht the following weekend, this will be a tough one for Carrick.

Sunday sees an intriguing meeting between Annaduff and Glencar/Manorhamilton in the Vistamed Junior A Final in Avantcard Pairc Sean Mac Diarmada (2pm throw-in).

Intriguing because both teams suffered losses in the group stages but came good in the knockout games, perhaps due more to the involvement of their teams in the latter stages of the Senior and Intermediate grades.

It doesn't say much for a competition that carries representation for Connacht that the progress of your Senior team dictates who gets to the final! More food for thought for those contemplating structures and possible changes in the future.

Manor may be more focussed on their senior team's Connacht campaign so Annaduff may just sneak it.

St Mary's Kiltoghert and Melvin Gaels are both in action next Tuesday, October 29, in the Connacht Minor Club campaign but they won't know their opposition until next Friday when the quarter-finals are held. These teams are the 2018 Leitrim U17 winners so they may be going in a little undercooked against some quality opposition.