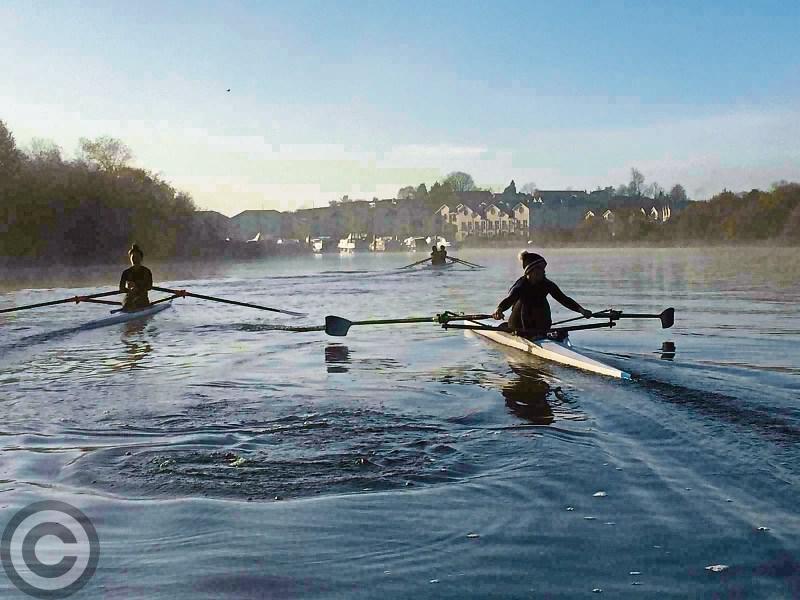 A fantastic view of rowers on the River Shannon

Carrick on Shannon Rowing Club look forward to welcoming over 600 hundred rowers along with their supporters, coaches and mentors to the Head of the Shannon 2019 this Saturday December 7.

This entry translates into almost 200 crews with 95 boats taking part in the first race at 11am and 90 crews taking to the water for the second race at 2pm.

Unfortunately the early December date has curtailed the participation of some of the University crews but nevertheless the Shannon is set for some epic racing on the day.

As always, Carrick Rowing Club are indebted to all the visiting clubs for making the effort to attend our event a make it such a success.

Finally from the Leinster Clubs we welcome Neptune, Commercial and Carlow. Many of the south Leinster clubs and the Munster Clubs will be making there way to Muckross RC Head of the River in Killarney.

We wish them all well for their event and hope the weather is kind to them and us on the day.

On the local front, Carrick Rowing Club will enter a record number of boats across the age grades.

Moving into the Doubles, we again have very strong representation with Leon O'Brien/Oisin Reynolds double moving very well on recent spins and Ciaran Ryan/Cian O'Leary also a crew to watch in the J18 Mens competition.

In the Junior 18 Women's Double Noor Stevens and Roisin Reynolds will compete for the honours up against some fine crews from Galway Rowing Club and Commercial Rowing. Local knowledge of the tricky course could prove the difference.

Finally we look forward to our Mens and Women's 8's hitting the water for some competitive action. These crews have been making massive strides in recent weeks and are looking forward to racing.

As mentioned above steering this challenging course could make the difference and Carrick are very luck to have some experts with Hannah Butler, Katie McGovern and Eolann Nugent taking charge for our crews.

Our Head of the River competition consists of two 3500m time trial events at 11am and 2pm from south of Carrick back to the Boardwalk.

To encourage some audience participation on the day we will be running a photography competition on the day which can be entered by tagging our 'CarrickRC' account on our Social Media platforms Twitter, Facebook and Instagram with an action photo from the days racing.

Finally we thank in advance our teams of volunteers at the club, on the water in particular Leitrim Civil Defence, Leitrim Sub Aqua and Leitrim County Council.

We look forward to welcoming you all on the day.