McNulty leads Glencar/Manorhamilton to U15 title against Gortletteragh 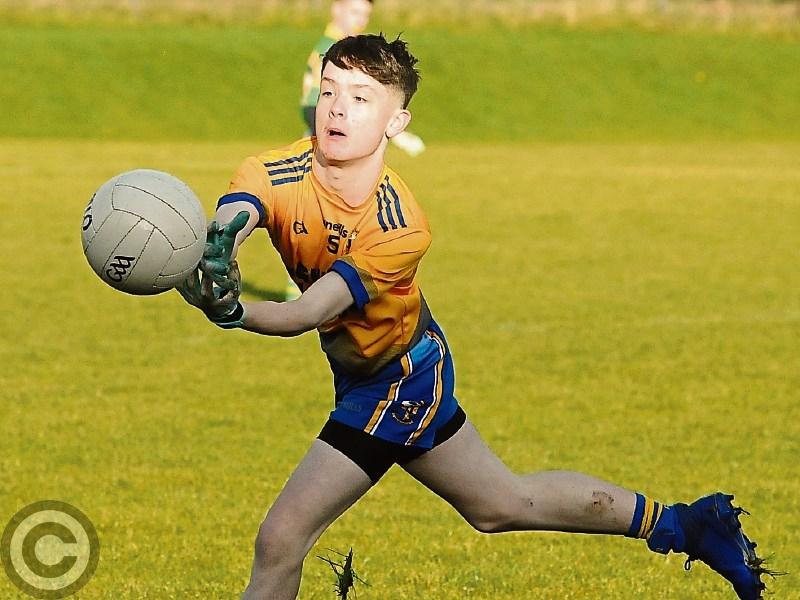 The last day of November wouldn't normally be associated with a free flowing and entertaining game of football but on Saturday last Glencar/Manorhamilton and Gortletteragh produced an absorbing encounter in the Westlink Coaches U15 Division 1 Final in Ballinamore.

From the opening throw-in it was clear both sides were intent on attacking as often as possible with Cian McManus going close to scoring a goal for Glencar/Manor inside two minutes only to be denied by a fine save from Cian Tierney.

Gortletteragh then launched an attack of their own, resulting in Noah McNulty opening the scoring from a free but Glencar/Manor came roaring back.

Barry McNulty and Dylan Gilligan exchanged passes before McNulty then sent off on a surging run from midfield that finished with an excellent shot that flew into the bottom corner of the Gortletteragh goal.

After a frenetic opening quarter, the pace of the game showed no sign of relenting and Gortletteragh edged into the lead when Nathan Ward found the Glencar/Manor goal after some quick passing which was matched by Ward's sharp finish.

It was to get even better from a Gortletteragh point of view from the resulting kick out. Cian McNulty won possession in midfield and delivered a precise, early ball into Ciaran Reynolds who applied a composed, low finish, past Shaun Sheridan to put Gortletteragh four to the good.

The lead was further extended when Ciaran Reynolds converted a free but that was to be Gortletteragh's last score of the half as Glencar/Manor finished the half the stronger.

A pointed free from Eanna Clancy was followed by an excellent long range point from Barry McNulty to leave a goal between the sides.

Further points from Eanna Clancy and Gabriel Gilbride left just the minimum between the sides and on the stroke of half-time it almost got considerably better from a Glencar/Manor point of view but Patrick Montgomery was denied by another fine save from Cian Tierney.

Gortletteragh enjoyed a slender 2-3 to 1-5 lead at the interval but their advantage was wiped out six minutes after the restart when Glencar/Manor struck for their second goal of the game.

Eanna Clancy was in the right place at the right time when the ball came back off the crossbar and when the ball fell into his arms he had the simple task of dispatching the ball to the net from close range.

A Barry McNulty pointed free put Glencar/Manor three to the good as Gortletteragh struggled to contain the strong runs being made from deep by their opponents.

Barry McNulty replied with another fine point for Glencar/Manor but there was no sign of Gortletteragh throwing in the towel and as the half progressed they looked more and more of a threat.

Pointed frees from Noah McNulty and Ciaran Reynolds left just the minimum between the sides and with four minutes left on the clock the contest seemed poised for a grandstand finish.

However, with two minutes remaining Glencar/Manor took a huge towards securing victory when they scored their third goal of the afternoon and again it was Barry McNulty who was on target with an excellent, low finish to give his side a four point cushion.

Gortletteragh refused to accept their fate but despite their best efforts they were unable to reduce the deficit as Glencar/Manor held on to claim victory.