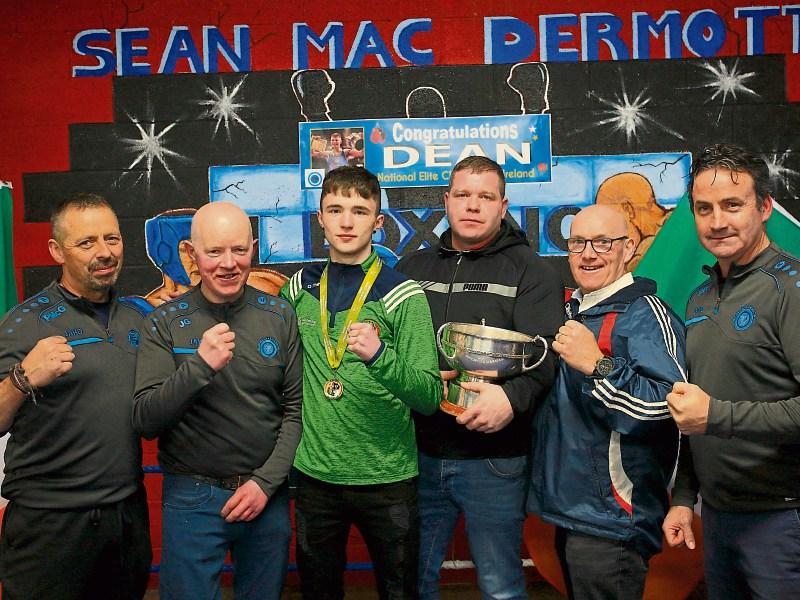 “If there was another 20 men like John Gilligan in Irish boxing, it would be in great shape.”

They were the words of the man known as the voice of Irish boxing, Peter O'Donnell, who was the MC at last Saturday's homecoming event in Manorhamilton to honour Dean Clancy and given the success that Sean McDermott Boxing Club has enjoyed it would be hard to disagree.

The success is not only measured in belts, trophies and medals but by the fact that night after night there are huge numbers, young and old, who put in serious hours for the sport and the athletes but look for little in return.

Those sentiments were echoed by club treasurer Betty Duignan who paid tribute to all the hard work being carried out behind the scenes within the club saying: “So much has happened in two years and it is so exciting for the club and the families.

“I'm continually impressed by the dedication of the coaches and the way they treat the children, it really strikes a chord.”

“It's a whole community of support that has done that and I am really proud to be associated.”

Club chairman James McDowell referred to the example Dean and Déarbhla Rooney have set for the next generation of boxers saying: “He's a great role model for our club and Déarbhla as well.”

Cllr Felim Gurn also praised Dean and the success enjoyed by the club saying: “It is a remarkable achievement for a town of 1,500 people.”

Never fond of the limelight, John Gilligan switched the focus from himself to his boxers when speaking about the most recent success enjoyed by the club.

He added: “That’s what you dream about when a kid starts in the club at nine years of age and works their way up through all the championships.”

The success enjoyed by Dean and in recent years by fellow Sean McDermott BC boxer, Dearbhla Rooney is a result of countless hours of hard work and John was quick to pay tribute to their work ethic and dedication.

“No one sees the work they do night and day. I remember last Christmas Dean and Déarbhla were training away.

“You know the way you look at your phone and you see the bars are packed with all your friends but they kept doing their training and no one sees that. In fairness to them and in fairness to other kids in the club, they are very dedicated. They have to be very dedicated because the standard of boxing in Ireland is very, very high.”

Continuing to heap praise on his athletes, John insisted they are brilliant role models and insisted they have illustrated that when it comes to competing in individual sports, there is no limit to how successful you can be.”

“They are a great example for the younger kids. That is the thing about an individual sport. You can be as good as you want to be.

“If you want to be a good runner you train hard. With football, you can be a very good footballer but you need the help of your team mates. It’s up to you how good you want to be. There are no short cuts.”